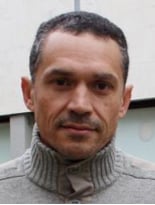 Francisco Mesa received a B.Sc. and Ph.D. in Physics from University of Seville (Spain) in 1998 and 1991 respectively (Ph. D. thesis was awarded with “Best Science Thesis in 1991” by University of Seville). From 1989 to 1992 Francisco Mesa was Associate Researcher in the Dpt. of Electronics & Electromagnetism (University of Seville). From 1992 to 1997 he was Assistant Professor in Dpt. of Applied Physics in the University of Seville, where he was promoted to Associate Professor in 1997 and to Full Professor in 2010. Between 1992 and 2004, he enjoys four stays in US universities, the first one in the Polytechnic Institute of Brooklyn (NY), and three more in the University of Houston collaborating with Prof. David R. Jackson. From July to December 2019 he was a visiting researcher in KTH (Royal Institute of Technology), Stockholm (Sweden) collaborating with Prof. Oscar Quevedo-Teruel.
Since 1988 he is member of the Microwave Group of the University of Seville. During the first years of his research he worked on Computational Electromagnetism (integral equation method to analyze passive planar structures at microwave frequencies) as well as in diverse theoretical aspects of the wave propagation involved in these structures (mainly on the computation of Green’s functions for layered bi-anisotropic structures and the dispersion relation of “exotic modes” in this structures; namely, complex modes and leaky modes). Later he has been working in the modeling of metamaterials and periodic planar structures, contributing to the development of analytic (or quasi-analytic) equivalent circuits to characterize such structures and find physically-insightful explanations of some exotic phenomena (for instance, the extraordinary transmission/reflection, electromagnetic induced transparency, appearing of backward and forbidden bands, etc). More recently he has worked on higher symmetries applied to electromagnetic propagation and on the design of geodesic lenses.
From 01/01/2014 he is IEEE Fellow proposed by the IEEE MTT Society for “contributions to the theory and computation of wave propagation in microwave planar structures”. He is also member of IEEE MTT-S Technical Committee MTT-1 (Field Theory and Computational EM).

Planar periodic distributions of metallic patches or apertures in a metallic screen have long been used in high-frequency electromagnetic engineering. These structures have been traditionally known as frequency selective surfaces (FSS) due to their ability to provide control over the reflection/transmission of electromagnetic waves.  The full-wave numerical analysis of these structures typically demands a high computational cost. Low-order models, usually in the form of equivalent circuits, are thus convenient tools that can help to alleviate the computational load of the design process and, in addition, they can provide a better physical understanding of the qualitative behavior of the structure in relatively simple terms. This talk will first show how to derive analytical or quasi-analytical circuit models for both 1D and 2D-periodic structures, as well as their limitations. A further step along this line of research has been aimed at the derivation of Foster-like canonical circuit models for multirresonant FSS.  Within the framework of an integral equation formulation and under certain reasonable approximations, it is shown that, at the resonance frequencies (total transmission), the electric field pattern at the apertures (i.e., the resonant modes of the aperture discontinuity) satisfy an eigenproblem whose eigenvalues are the square of the resonance frequencies. These resonant modes can be used in turn as macro basis functions for the electric field aperture, thus reducing the size of the equation system and ultimately leading to a circuit model with canonical Foster topology.