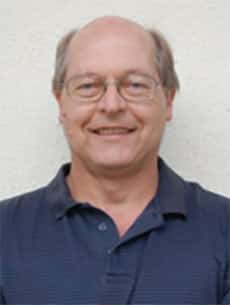 Edward A. Rezek received a BS degree in Electrical Engineering and an AB degree in Physics from Washington
University in St. Louis, MO in 1976; he received his MS and PhD degrees in Electrical Engineering from the
University of Illinois, Urbana-Champaign, IL in 1977 and 1980. He has been a member of Northrop Grumman
Space Technology (formerly TRW Space & Electronics Group), an entity specializing in electronics development
for US Government and commercial applications, since 1980. His work experience has ranged from basic
research and development to manufacturing and has covered the spectrum from advanced technology
development for US Government space applications to manufacturing low cost components for commercial
applications. He has received 19 patents and has >50 publications in refereed journals. He is the 1993 recipient
of the TRW Chairman’s Award for Innovation and the 2006 recipient of the Northrop Grumman Distinguished
Innovator Award. He is an IEEE Fellow, is married and has three children. He is a member of the IEEE MTT,
Electron Devices, and Photonics Societies.
Dr. Rezek has a long and diverse record of volunteer support to the MTT Society and the IEEE. He began his MTT involvement in 1992 as
AdCom secretary, and worked as the Chair or Vice-Chair of multiple committees until he was appointed Treasurer in 1996, a position he
held until being appoinetd to Vice President in 1998 and President in 1999. He has been a member of the MTT Awards Committee since
2000, serving as Chair from 2003 to 2006. He has been on the steering committees of five IMS conferences, serving as Treasurer on three
of them. He has been a member of the IEEE Technical Activities, Educational Activities, Publications, and Awards Boards, and has served
as Treasurer for the IEEE Technical Activities and the IEEE Publications Boards. He has been a member of the IEEE Finance Committee
since 2007. He has been Chair of the Dennis J. Picard IEEE Medal Committee, the Awards Board Presentation and Publicity Committee,
and the Technical Activities Board Nominations and Appointments Committee. He has been a member of the IEEE Fellows Committee,
Membership Development Committee, Ethics and Member Conduct Committee, and various adhoc committees.