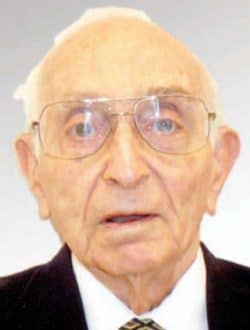 Rudy Henning is currently professor emeritus at the University of South Florida. He received the B.S.E.E. degree in 1943, the M.S.E.E. degree in 1947, and the Eng. Sc.D. in 1954, all from Columbia University. Starting with his service as a communications engineer in World War II, Dr. Henning’s life has been dedicated to the greater understanding of microwave theory and techniques and helping those around him to aspire to great careers themselves. His initial interest in microwaves and electromagnetic began toward the end of his senior year at Columbia University when an electrical engineering professor was performing research on high power magnetrons as a pulsed power source for radars. Dr. Henning’s early technical achievements were in the field of microwave metrology, with four patents awarded in the 1950s and numerous papers and technical reports. He was involved in the early automation of microwave measurements for antenna and circuit measurements. This work included the broadest bandwidth automated reflectometer measurement equipment of its kind. These and later contributions in microwave measurement technology led in part to his elevation to IEEE Fellow in 1965 and receipt of the ARFTG Automated Measurements Career Award in 1986.