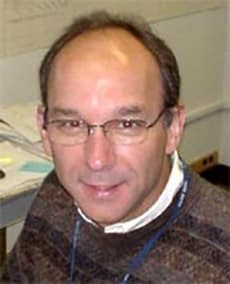 Dr. Rosen was a team leader on the Shuttle Radar Topography Mission, for which he received NASA’s Exceptional Service Medal (2001) and NASA’s Exceptional Achievement Medal (2002). Prior to JPL, Dr. Rosen spent two years at Kanazawa University, Kanazawa, Japan. He received a PhD in Electrical Engineering from Stanford University and his M.S. and B.S in Electrical Engineering from University of Pennsylvania.

Dr. Rosen is a visiting faculty member and lecturer at the Division of Geological and Planetary Sciences at Caltech, and has served on the UCLA Extension Program faculty. He was recently elected Fellow of the IEEE, and is a member of the American Geophysical Union. He is an author of over 40 journal and book chapter publications and 100 conference papers.