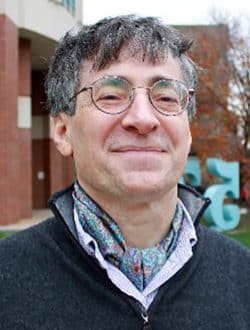 Patrick Roblin received the Maitrise de Physics degree from the Louis Pasteur University, Strasbourg, France and the D.Sc. degrees in Electrical Engineering from Washington University in St. Louis, in 1980 and 1984, respectively. He is the founder of the Non-Linear RF research lab at The Ohio State University. He has authored and co-authored three textbooks on the nonlinear modeling and characterization of microwave devices and on high-efficiency PA design. He is a member the MTT TC-3 Microwave Measurement Committee and of the ARFTG Excom. He is currently one of the lead coordinators for the NVNA Users’ Forum.

Everything You Can Do with Vector Nonlinear Microwave Measurements

The advent of nonlinear vector network analyzers (NVNA) has stimulated the introduction of new paradigms in microwave engineering for (1) the measurement, (2) the modeling and (3) the design of nonlinear microwave circuits such as microwave power amplifiers and oscillators.
This talk will start with a review of vector large-signal microwave measurements for the acquisition of the phases and amplitudes of the multi-harmonic incident and reflected waves at the ports of a nonlinear device. The various types of NVNA architecture available, the procedure used to calibrate them and the calibration traceability will be presented.

Circuit-based nonlinear microwave models can also be directly extracted from large-signal measurements for a targeted range of operation. Examples of SOS-MOSFET and GaN models extracted and verified using a few real-time active load pull (RTALP) measurements will be presented. The efficient phase sweeping of the RTALP drastically reduces the number of large-signal measurements needed for the model development and verification while maintaining the same intrinsic voltage coverage as in conventional passive or active load–pull systems. The bias dependence of the charges and device IV characteristics can then be simultaneously extracted from these large-signal RF measurements using artificial neural networks (ANN).

NVNA’s also find application in the design of power amplifiers (PA). To optimize the power efficiency of PAs, specific internal modes of operation are usually targeted at the device current source reference planes as estimated using nonlinear deembedding. However given the tremendous large search space for the multi-harmonic terminations for waveform engineering, it is beneficial to first use a nonlinear embedding device model to predict from the desired internal mode of operation, the required amplitude and phase of the multi-harmonic incident waves at the transistor measurement reference planes. The verification of the resulting amplifier power efficiency optimization can then be performed using NVNA measurements. Examples of such design for Doherty and Chireix amplifiers will be presented.

In addition to CW signals, pulsed or modulated signals can also be measured by NVNAs. This is particularly important for nonlinear devices such SOS-MOSFET or GaN HEMTs which are affected by various low-frequency memory effects such as parasitic bipolar junction transistor effects, self-heating, and cyclostationary charging of traps. Recent techniques reported for low-duty rate pulsed and modulated RF NVNA measurements will be reviewed to shine new light in the time-varying response of transistors excited by high peak to average power ratio (PAPR) modulated signals.

Finally, recent advances in nonlinear measurements such as the vector signal network analyzer (VSNA) which can be used as both a VSA and a VNA (and NVNA) demoed with GHz bandwidth, 20,000 sub-carrier OFDM signals with high amplitude and phase resolution to calculate EVM will be presented.