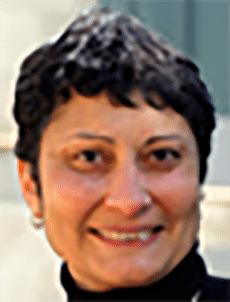 Dr. Magda El-Shenawee, (SM’02), is currently a Professor of Electrical Engineering at the University of Arkansas. Her background is in electromagnetics; theory, measurements and computational. She received her PhD in 1991 from the University of Nebraska-Lincoln. She was a Research Associate at the Center for Electro-Optics, University of Nebraska-Lincoln during 1992–1994, where she conducted research on the enhanced backscatter from random rough surfaces. She spent two years at the National Research Center, Cairo, Egypt, 1994–1996, and at the University of Illinois, Urbana-Champaign, during 1997–1999. During 1999–2001, she was a member of the Multidisciplinary University Research Initiative team at Northeastern University, Boston, MA, where she conducted research on the antipersonnel landmine detection. She joined the University of Arkansas, Fayetteville as an Assistant Professor in 2001, where she is currently a tenured professor. Her research interests include experimental terahertz imaging and spectroscopy, breast cancer imaging, image reconstruction algorithms antennas design and measurements, computational electromagnetics, biopotentials & bio-magnetics of breast cancerous cells. Her current research focuses on THz imaging of breast cancer tumors funded by NSF, NIH and the State of Arkansas. Her education goals are presented in the antenna online courses for industry and the open EM lab for undergraduate students, funded by the IEEE Antennas & Propagation Society. She published more than 228 papers in refereed journals and conference proceedings. She was invited to present her research internationally in several universities. More information can be found on https://terahertz.uark.edu/