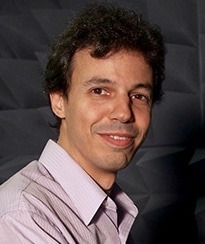 Dimitris E. Anagnostou (S’98–M’05–SM’10) received the B.S.E.E. degree from the Democritus University of Thrace, Greece, in 2000, and the M.S.E.E. and Ph.D. degrees from the University of New Mexico, Albuquerque, NM, in 2002 and 2005, respectively. From 2005 to 2006, he was a Postdoctoral Fellow with the Georgia Institute of Technology, Atlanta, GA. In 2007, he joined as Assistant Professor the SD School of Mines and Technology, SD, USA, where he was promoted to Associate Professor with tenure. In 2016, he joined the Heriot Watt University, Institute of Signals, Sensors and Systems (ISSS), Edinburgh, UK as an Associate Professor. He has also worked at the Kirtland AFB, NM in 2011 as an AFRL Summer Faculty Fellow, and at the Democritus Univ. of Thrace, Greece as Assistant Professor.

He has received the 2010 IEEE John D. Kraus Antenna Award, the 2011 DARPA Young Faculty Award by the U.S. Department of Defense, the 2014 Campus Star Award by the American Society for Engineering Education (ASEE), the 2017 Young Alumni Award by the University of New Mexico, the 2018 H2020 Marie Skłodowska-Curie Fellowship, and four Honored Faculty Awards by SDSMT, amongst many others. His students have also been recognized with IEEE and university awards (Engineering Prize at Heriot Watt University, Best PhD Thesis at South Dakota School of Mines, and others). He is a member of HKN Honor Society, ASEE, and of the Technical Chamber of Greece as a registered Professional Engineer (PE).