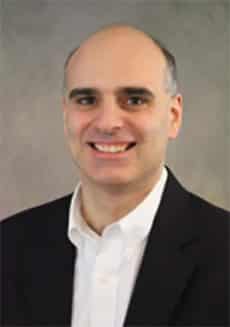 Prof. Peroulis focuses on reconfgurable electronics for adaptive communications, signal intelligence, and harsh-environment MEMS sensors. He has been a PI/co-PI in over 55 projects funded by government agencies and industry in these areas. He has been a key contributor to numerous flter-centric programs that have resulted in the frst widely-tunable (tuning range >3:1) pre-select radio flters with unprecedented quality factors (Q > 1; 000) and power handling (1-10 W) for high frequency applications (1-30 GHz). A wide variety of reconfgurable flters with simultaneously adaptable features including frequency, bandwidth, rejection level, flter order, and group delay have been demonstrated over the past fve years. His group has co-invented and is actively developing a novel flter synthesis method based on Field Programmable Filter Arrays (FPFAs). Inspired by FPGAs in digital systems, FPFAs are based on coupled resonators and multiple ports in order to enable reutilization of the same adaptive resonators to support diverse needs for dissimilar systems. Arbitrary operational modes and multiple operational channels may be created and reconfgured at will.

Besides RF front-end flters, Prof. Peroulis’ team has contributed novel high-efciency power amplifer designs (2011-2012 awards in the MTT-S International Microwave Symposia Student Design Competitions) and co-designs with reconfgurable RF devices. Prof. Peroulis has also been working in the felds of wireless MEMS sensors and energy harvesting. His team demonstrated the frst wireless battery-free high-temperature MEMS sensors for health monitoring of rotating machinery. These sensors continuously monitor the true temperature of a rotating device to over 300°C or 550°C (depending on the design) and wirelessly transmit it to a base station. These sensors are based on well-established silicon processing for low-cost high-yield manufacturing. They have demonstrated robust operation for >109 cycles and continuous loading for several months without failure. These sensors have now been licensed to a start-up company (Bearing Analytics) for further development and commercialization.

Prof. Peroulis students have received numerous student paper awards and several student research-based scholarships. Furthermore, in 2012 his team’s work on energy harvesting won the Outstanding Paper Award by the IEEE Ultrasonics, Ferroelectrics, and Frequency Control Society (Ferroelectrics section). He is the Deputy Director of the Birck Nanotechnology Center at Purdue University and a member of the Purdue Teaching Academy. He has also received 10 teaching awards including the HKN national teaching award (2010 HKN C. Holmes MacDonald Outstanding Teaching Award) and the 2010 Charles B. Murphy award, which is Purdue University’s highest undergraduate teaching honor.

New Directions in MEMS for RF Front-Ends and Sensors

RF MEMS switches and varactors are the conventional devices commonly employed to tune the response of a large variety of circuits and antennas. Despite their many advantages, important limitations still exist today in consistently building reliable MEMS structures, high-performance reconfigurable circuits, and robust harsh-environment micro-sensors. The market volume of RF MEMS does not favor multi-billion dollar foundries that are often the norm for CMOS and SiGe technologies. Consequently, process uncertainty becomes a critical issue with few solutions being available today. Such limitations have significantly slowed down the adoption of RF MEMS in commercial products and defense systems. In this seminar we will present new promising methods for addressing many of these challenges. In these methods we seek solutions at the fabrication technology, device, and sub-system levels. As an example, we will present a unique three-dimensional architecture for obtaining base-station quality tunable microwave filters in mobile form factors. These filters simultaneously exhibit a very wide tuning range (>2:1) and a very high quality factor (Q~1,000) at 6 GHz. In addition, they show orders of magnitude improved performance with respect to creep compared to conventional RF MEMS structures. Besides MEMS for RF systems, we will also discuss inherently-reliable harsh-environment MEMS sensors for the health monitoring of aircraft engines. These sensors have demonstrated reliable operation up to 300 degrees C and have successfully identified operating condition changes when attached to ball/roller bearings rotating up to 50,000 rpm. These approaches constitute a paradigm shift on existing RF MEMS practices and provide a path for addressing some of the remaining critical MEMS issues.