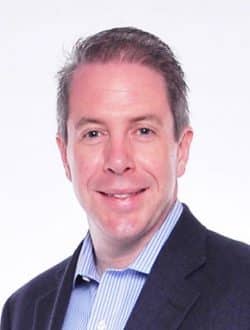 David S. Ricketts received the PhD in Electrical Engineering from Harvard University and the B.S. and M.S. degrees in Electrical Engineering from Worcester Polytechnic Institute (WPI). He is currently a Full Professor of Electrical and Computer Engineering at North Carolina State University. Prior to moving to academia, he spent more than 8 years in industrial R&D in the development of integrated circuits in mixed-signal, RF and power management applications. Prof. Ricketts’ research crosses the fields of physics, material science and circuit design, investigating the ultimate capabilities of microelectronic devices and how these are harnessed by differing circuit topologies to produce the highest performing systems. His work has appeared in Nature and in numerous IEEE conferences and journals and was selected for the 2008 McGraw Hill Yearbook of Science and Engineering. He is the author of the two books: The Designer’s Guide to Jitter in Ring Oscillators and Electrical Solitons. He is a Track Editor for the IEEE Transactions on Microwave Theory and Techniques, a Topic Editor for the IEEE Journal of Microwaves and Chair of the MTT Technical Committee 9 on Microwave Devices. He is the recipient of the NSF CAREER Award, the DARPA Young Faculty Award and the George Tallman Ladd research award. In addition as an educator he is the recipient of the  2009 Wimmer Faculty Teaching Fellow at Carnegie Mellon University, 2013 Harvard University Bok Center Teaching Award and the 2021 William F. Lane Outstanding Teaching award at NCSU. Since 2015, Prof. Ricketts has taught experiential hands-on workshops on building a QAM Radio and a FMCW RADAR across the globe at all of the major microwave conferences.