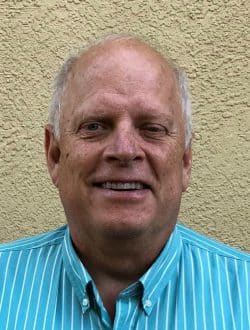 David Blackham received his BSEE from Brigham Young University in 1979, He received his MSEM degree from Stanford University in 1985, He received his MSEE degree from National Technological University in 1991 and his Ph.D. from University of Leeds in 1999. David started working for Hewlett-Packard, in 1979 in R&D. David now works for Keysight Technologies. He has worked as an R&D engineer for microwave sources, RF and microwave vector network analyzers and microwave characterization of materials. David also spent a short time in production engineering responsible for scalar detectors and bridges. His work includes the development of algorithms and the software architecture for the implementation and support of vector error correction used in most Keysight vector network analyzers. He is also responsible for supporting the estimation of measurement uncertainties associated with Keysight vector network analyzers.  He collaborates regularly with NIST and METAS on VNA calibration standards modeling, uncertainties, and verification. He has published several papers in the dealing with microwave characterization of materials and vector network analyzers.  He had been granted over a dozen patents on vector network analyzer calibration.  He is currently president of ARFTG (Automatic Radio Frequency Techniques Group) and reviewer for the IEEE MTT journal.  He is an active participant in many IEEE standards work groups related to connector standards and high frequency instrumentation performance verification guides.