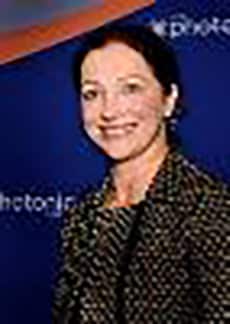 Dalma Novak is Vice President at Pharad, L.L.C., which is developing advanced antenna, RF communications, and RF-over-fiber technologies. Prior to cofounding Pharad in 2044, Dr. Novak spent 12 years as a member of the academic staff in the Department of Electrical and Electronic Engineering at The University of Melbourne, Australia, the last six months of which she was professor and chair of telecommunications. From June 2001–December 2003 she was at Dorsál Networks, Inc. and later at Corvis Corporation, where she led cross-disciplinary R&D teams developing wave-division multiplexing hardware for long-haul transmission systems. Her research interests include microwave photonics, fiber radio systems, wireless communications, high-speed optical communication systems, and antenna technologies. She has published more than 280 papers in these technical areas, including seven book chapters. In 2007, she was elevated to IEEE Fellow for contributions to enabling technologies for their implementation of fiber radio systems. Dr. Novak was president of the IEEE Photonics Society (IPS) from 2014 to 2015. She is also the former chair of both the MTT-S and IPS Technical Committees on Microwave Photonics.