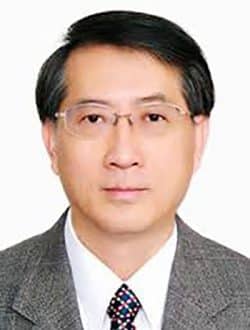 Ching-Kuang Clive Tzuang received his B.S. degree in electronic engineering from National Chiao Tung University, Hsinchu, Taiwan, R.O.C., in 1977, the M.S. degree from the University of California at Los Angeles, in 1980, and the Ph.D. degree in electrical engineering from the University of Texas at Austin, in 1986. From 1981 to 1984, he was with TRW, Redondo Beach, CA. He became an associate professor at the Institute of Communication Engineering, National Chiao Tung University in 1986, and a full professor in 1991. In February 2004, he joined the Department of Electrical Engineering, National Taiwan University, where he conducted research on advanced guiding structures for RF sensor system-on-chip technology development. Dr. Tzuang retired from National Taiwan University and became Professor Emeritus in 2012. He was invited to Tianjin University, China, to found a THz research laboratory; since February 2015, he helped establishing the “Millimeter-Wave and THz Technologies Transcend” research center in the Beijing Economic Technological Development Area. Dr. Tzuang served as Editor-in-Chief of the IEEE Microwave and Wireless Components Letters (2010-2012), and he is an editorial board member of the IEEE Proceedings (2013-to date), and the MTT-S Publication Committee (2015-to date). He is an IEEE Fellow.