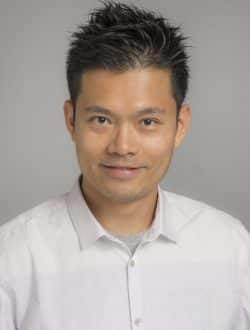 Dr. Chung-Tse Michael Wu is an assistant professor in the Department of Electrical and Computer Engineering at Rutgers, The State University of New Jersey. His research interests include applied electromagnetics, antennas, passive/active microwave and millimeter-wave components, RF systems and metamaterials. He received his B.S. degree from National Taiwan University (NTU) in 2006. He then received his M.S. and Ph.D. degree in the Department of Electrical Engineering, University of California at Los Angeles (UCLA) in 2009 and 2014, respectively. From September 2008 to June 2014, he worked as a graduate student researcher at the Microwave Electronics Laboratory in UCLA. In 2009, He was a summer intern in Bell Labs, Alcatel-Lucent, Murray Hills, NJ. In 2012, he was a special-joint researcher at Japan Aerospace Exploration Agency (JAXA) in Kanagawa, Japan. From 2014 to 2017, he was an assistant professor in the ECE department, Wayne State University (WSU) in Detroit, Michigan. Dr. Wu was also a visiting assistant professor at National Chung Hsing University, Taichung, Taiwan, in summer 2017.