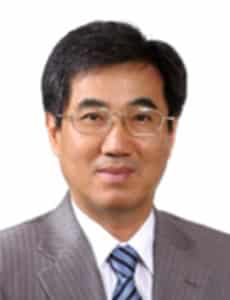 Chul Soon Park received the B.S. degree from Seoul National University, Seoul, Korea, in 1980, and the M.S. and Ph.D. degrees in materials science and engineering from the Korea Advanced Institute of Science and Technology, Daejon, Korea, in 1982 and 1985, respectively. From 1985 to 1999, he was with the Electronics and Telecommunication Research Institute (ETRI), where he contributed to the development of semiconductor devices and circuits. Between 1987 and 1989, he studied the very initial growth of group IV semiconductors during a visit to AT&T Bell Laboratories, Murray Hill, NJ. Since 1999, he has been with the Information and Communications University and Korea Advanced Institute of Science and Technology, Daejeon, Korea, where he is a Full Professor with the Department of Electrical Engineering and the Director of the Intelligent Radio Engineering Center. His research interests include reconfigurable RFIC, millimeter-wave ICs, and their SoC/SoP integration.