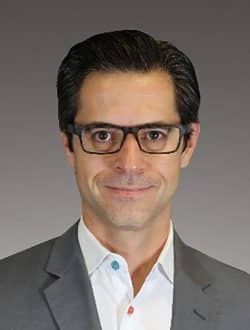 Christopher Marki is CEO of Marki Microwave. Since joining Marki in 2007, Christopher has been the chief technologist and innovator in their development of numerous commercially successful products including mixers, multipliers, baluns, amplifiers, switches, filters, power combiners/dividers, and couplers. He is an expert in MMIC, thin film and hybrid manufacturing technologies. Under Christopher’s leadership, Marki Microwave has grown over 800% since he started in 2007 and the company has established itself as a world leader in classical hybrid RF manufacturing and cutting edge semiconductor development. Besides his interests in high performance RF components and ICs, Christopher also has made notable contributions in the areas of high frequency mm-wave packaging and RF design flow optimization using AI/Machine Learning. He graduated from Duke University in 2002 (BSEE, Magna Cum Laude) and the University of California, San Diego in 2007 (PhD, Photonics).