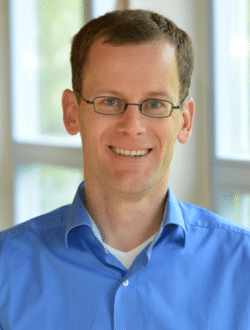 Christian Waldschmidt received the Dipl.-Ing. (M.S.E.E.) and the Dr.-Ing. (Ph.D.E.E.) degrees from the University Karlsruhe (TH), Karlsruhe, Germany, in 2001 and 2004, respectively. From 2001 to 2004 he was a Research Assistant at the Institut für Höchstfrequenztechnik and Elektronik (IHE), Universität Karlsruhe (TH), Germany. Since 2004 he has been with Robert Bosch GmbH, in the business units Corporate Research and Chassis Systems. He was heading different research and development teams in microwave engineering, rf-sensing, and automotive radar.

In 2013 Christian Waldschmidt returned to academia. He was appointed as the Director of the Institute of Microwave Engineering at University Ulm, Germany, as full professor. The research topics focus on radar and rf-sensing, mm-wave and submillimeter-wave engineering, antennas and antenna arrays, rf and array signal processing. He authored or coauthored over 200 scientific publications and more than 20 patents.

He is a member of the executive committee board of the German MTT/AP joint chapter, and member of the German Information Technology Society (ITG). He served as chair of the IEEE MTT-27 Technical Committee on wireless enabled automotive and vehicular applications. He was a two-time TPC chair and general chair of the IEEE MTT International Conference on Microwaves for Intelligent Mobility. Since 2018, Christian Waldschmidt serves as associate editor for IEEE MTT Microwave Wireless Components Letters (MWCL). He is a reviewer for multiple IEEE transactions and many IEEE conferences in the field of microwaves. Christian Waldschmidt was co-recipient of 11 best paper awards since 2014.

The principle of enhancing the angular performance of imaging radars by exploiting the virtual aperture of MIMO systems is known and used since almost two decades. The presentation shows how the MIMO principle in radar is applied at millimeter-wave frequencies for automotive and UAV applications. Exemplarily, systems consisting of single and multichannel MMICs are shown up to 160 GHz. Furthermore, new approaches extending the classical view on MIMO systems are presented. First, a biologically inspired approach is shown, allowing realizing extremely small MIMO arrays on MMICs. Second, networks of many MIMO radars are discussed, resulting in huge coherent systems consisting of simple sensors.