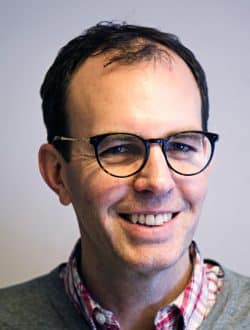 Christian Fager received his Ph.D. degree from Chalmers University of Technology, Sweden, in 2003. He has continued his career at the Microwave Electronics Laboratory at Chalmers where is a Full Professor since 2019 and Co-Director of the GHz Centre (www.chalmers.se/ghz).

Dr. Fager is an IEEE Senior Member and currently serves as Associate Editor of IEEE Microwave Magazine and IEEE Microwave and Wireless Components Letters. He is representative for Sweden, Norway and Iceland in the European Microwave Association (EuMA). He is also co-chair for the upcoming 2020 IEEE Topical Conference on RF/microwave Power Amplifiers and TPC co-chair for the 2020 European Microwave Integrated Circuits Conference. Dr. Fager received Chalmers Supervisor of the Year Award in 2018, the inaugural Chalmers Area of Advance Award in 2010, and the IEEE International Microwave Symposium Best Student Paper Award in 2002.