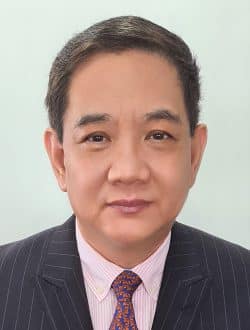 From 1987 to 1996, he was a Lecturer and then an Associate Professor with the Nanjing University of Science and Technology, Nanjing, China. From 1996 to 1999, he was a Postdoctoral Research Fellow with the Center for Computational Electromagnetics, University of Illinois at Urbana-Champaign. He came to Singapore in 1999 to join the Department of Electrical and Computer Engineering, National University of Singapore (NUS), Singapore, as a Research Fellow. In 2001, he was transferred to the Temasek Laboratories (TL) at NUS, Singapore, as a Research Scientist, where he became a Senior Research Scientist in 2007 and a Principal Research Scientist in 2011. He has been leading TL Propagation and Scattering Group at NUS for many years to successfully conduct and accomplish research programs funded by Singapore Government. He co-authored Characteristic Modes: Theory and Applications in Antenna Engineering (Hoboken, NJ: Wiley, 2015). He has published more than 250 journal and conference papers, and filed six international WIPO/PCT patents. His research interests include fast and efficient algorithms for computational electromagnetics, theory of characteristic modes and its applications, fast design and analysis of antennas and antenna arrays, fast prediction of electromagnetic (EM) scattering from electrically large and complex objects, efficient modeling of electromagnetic compatibility (EMC)/electromagnetic interference (EMI) for practical platform, and real time simulation of EM imaging and processing.