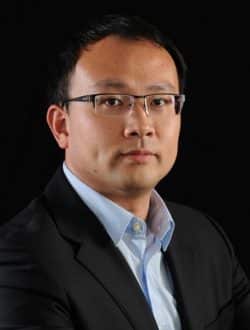 Changzhi Li (S’06-M’09-SM’13) received the B.S. degree in electrical engineering from Zhejiang University, China, in 2004, and the Ph.D. degree in electrical engineering from the University of Florida, Gainesville, FL, in 2009. He is a Professor at Texas Tech University. His research interests include biomedical applications of microwave technology, wireless sensors, and RF/analog circuits.

Portable radar systems with embedded control and signal processing have the potential to improve the quality of service in many healthcare, human-computer interface, and internet of things (IoT) applications. This talk provides an overview of some recent research activities in developing smart microwave radar sensors based on advanced technologies including digital/RF beamforming, multiple-input and multiple-output (MIMO) system, synthetic aperture radar (SAR), and hardware imperfection correction. A few radar systems operating in interferometry, Doppler, and frequency-modulated continuous-wave (FMCW) modes at 5.8 GHz, 24 GHz, and 120 GHz will be discussed. In addition, the use of nonlinear technologies for enhanced target identification, with a focus on intermodulation radar, will be reported. Case studies will be presented on bioengineering and Internet of Things (IoT) applications including life activity sensing, detection of anomaly such as a person with concealed weapons, and human-aware localization.