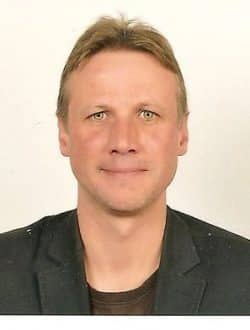 Cedric Quendo (IEEE SM’15) received the Electrical Engineer degree and  the PhD degree in Electrical Engineering from the University of Brest,  France, in 1999 and 2001, respectively. Between 2001 and 2010, he gave  courses and conducted research in several institutes. Since 2010, he is  Professor with the Electronic Department, University of Brest, France.  From 2012 to 2016, he was Vice-President of the University of Brest. Since 2017, he is the head of Microwaves Optoelectronics and Materials Group of the Lab-STICC Laboratory (more than 100 persons), France. His research activities principally concern the modelling and design of microwave devices for microwave and millimetre-wave applications.