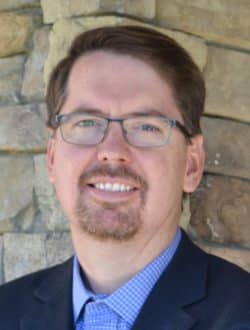 Brian A. Floyd received the B.S. degree with highest honors, the M. Eng., and Ph.D. degrees in electrical and computer engineering from the University of Florida, Gainesville, FL in 1996, 1998, and 2001, respectively. From 2001-2007, he was a research staff member at the IBM Thomas J. Watson Research Center, Yorktown Heights, NY, USA, where he was involved in some of the first investigations of silicon-based millimeter-wave radios for applications at 60 GHz and above. From 2007-2009, he managed the wireless circuits and systems group at IBM Research, working on 60-GHz phased-array transceiver, antenna, and package solutions. In 2010, he joined the Department of Electrical and Computer Engineering at North Carolina State University, Raleigh, where he is currently a Professor. He has authored or co-authored over 100 technical papers and has over 30 issued patents. His research interests include RF and millimeter-wave circuits and systems for communications, radar, and imaging applications.

Dr. Floyd was selected as an NC State University Faculty Scholar in 2020 and is a member of the NC State Academy of Outstanding Teachers. Other honors include the 2011 DARPA Young Faculty Award, the 2004 and 2006 IEEE Lewis Winner Awards for best paper at the International Solid-State Circuits Conference (ISSCC), and the 2006 and 2011 Pat Goldberg Memorial Awards for the best paper within IBM Research. He has served as a technical advisory board member for the SRC integrated circuits and systems area, a thrust leader for the SRC’ s Texas Analog Center of Excellence, an Associate Editor for IEEE Journal of Solid-State Circuits, and a conference TPC member for RFIC, ISSCC, and BCTM.  He was General Chair of the IEEE RFIC Symposium in 2021 and Technical Program Committee Chair and Co-Chair in 2020 and 2019, respectively. He now serves on the IEEE RFIC Symposium Executive Committee.