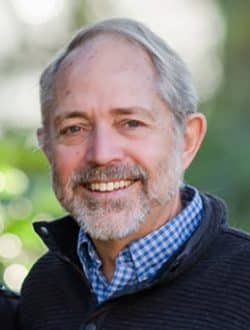 Bert Henderson has been active in the IEEE-MTT society for many years. He serves on the MTT-10 technical committee for Signal Generation and Frequency Conversion, and on the TPRC technical paper review committee for MTT IMS paper selection. He retired in 2021 and now provides consulting services in RF and microwave engineering. Specialties include analysis and design of RF & microwave components and systems, proposal writing, and mentoring & training. In 2021 he retired as a CTO and Director for Teledyne Microwave Solutions in Mt. View, California, where he led the integrated microwave assembly (IMA) design engineering group. From 2002 to 2016 he was a Distinguished Fellow of Technology with Cobham Advanced Electronic Solutions (CAES), in San Jose, California, where he worked on microwave and millimeter-wave multifunction IMAs. From 1994-2002 he worked on commercial millimeter-wave radios, first with Endwave Corporation and then with Bridgewave Communications. From 1979-1994 he was with Watkins Johnson Co. (WJ) where he held various design and leadership positions. Bert earned the BSEE from the University of California Davis in 1978, and MSEE from the University of California Berkeley in 1979. While with WJ he designed numerous mixers including the M50, the first mixer with 2-26 GHz RF/LO and 2-18 GHz IF coverage. He led development of the SMC1844, the first uniplanar mixer with 18-40 GHz RF/LO and DC-18 GHz IF coverage. His many technical articles include “Reliably Predict Mixer IM Suppression” that provides a closed form approximation for spurious suppression used in various commercial simulators. He has six patents for mixers and filters, and in 2007 was a recipient of the Tyco Electronics Key Innovator Award. He co-authored the book Microwave Mixer Technology and Applications in 2013, ISBN 978-1608074891. He has written various spurious and system analysis programs in C and C++, including Metsys. He has been married for over forty years; together he and his wife have three daughters, two sons-in-law, and four grandchildren. Bert is grateful to God for the many opportunities in life, and is active in his church. He enjoys jogging, hiking, camping, and fishing, and is active in amateur radio as W6MSD.