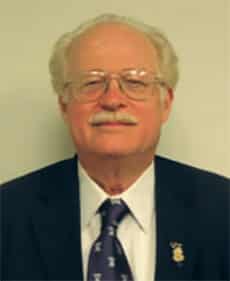 Dr. Rosen, who has been involved in research and development of microwave / millimeter-wave devices and circuits, microwave optical interaction, highpower semiconductor lasers and the utilization of energies for application in therapeutic medicine for the past 40 years, currently holds an appointment
as Academy Professor of Biomedical and Electrical Engineering in the School of Biomedical Engineering, Science and Health Systems at Drexel University
in Philadelphia, PA. Formerly Distinguished Member of the Technical Staff at RCA/David Sarnoff Research Center in Princeton, NJ, he has been engaged in
research at Jeff erson Medical College in the Division of Cardiology since 1970. He was co-founder of the Medical Technology Center for Infants and Children,
St. Peter’s University Hospital, New Brunswick, NJ (2003). He has co-authored the textbook “RF/Microwave Interaction with Biological Tissues” (Wiley Series
in Microwave and Optical Engineering, New York: Wiley, 2006), and more than 200 technical papers; co-edited two books: High-Power Optically Activated
Solid-State Switches (Norwood, MA: Artech House, 1993), and New Frontiers in Medical Device Technology (New York: Wiley, 1995), as well as eight book-chapters in the fi eld of engineering
and medicine. He holds over 60 U.S. patents in the fi elds of engineering and medicine.
Dr. Rosen is an elected Member of the National Academy of Engineering, “For contributions to microwave and laser technologies and the medical applications of these technologies.” (2002).
He is an Elected Member of The Franklin Institute’s Committee ton Science and the Arts (2003), and a Member of the John Scott Award Advisory Committee, City of Philadelphia Board of
Directors of City Trusts (2004). He is a Fellow of the Institute of Electrical and Electronics Engineers (IEEE), elected in 1992 “For innovation in semiconductor devices and circuits for use in
microwave systems and for microwave applications to medicine.” He was IEEE Distinguished Microwave Lecturer from 1997 to 2000, during which time he has presented his work and that of
others in the U.S., Japan, Europe and the Middle East. He is the recipient of numerous awards, including the IEEE Third Millennium Medal “For outstanding achievements and contributions”
(January 2000), and an IEEE Microwave Application Award “For the application of RF/microwave techniques in medicine” (June 2000). He was also the recipient of a 1989 IEEE Region One
Award, and a 1997 Drexel University College of Engineering, Electrical and Computer Engineering Department Distinguished Alumni Award.
Arye Rosen received the Masters degree in engineering from Johns Hopkins University, Baltimore, MD, the M.Sc. degree in physiology from Jeff erson Medical College, Philadelphia, PA, and
the Ph.D. degree in electrical engineering from Drexel University, Philadelphia, PA.