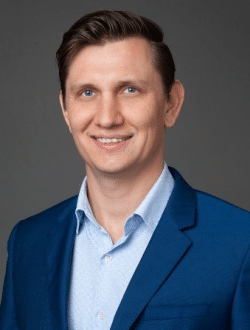 Andreas Tag received his BSEE and MSEE degrees from the Technische Universitat München, Germany, in 2010 and 2012, respectively. He received his doctor of engineering degree (Ph.D,) in the field of the multi physical modeling of micro acoustic RF MEMS components from the Friedrich-Alexander Universität Erlangen-Nürnberg in March 2016. In August 2015, Dr. Tag joined Qorvo Inc. where he is currently working on new generations of RF acoustic wave components. Andreas Tag was nominated for the best paper award at the European Microwave Conference 2013 and was the finalist of the student paper competition at the IEEE International Ultrasonic Symposium 2014 and 2015, respectively.

Mr. Tag is continuously contributing to the development of RF Acoustics community by organizing workshops, student design competitions and acting as a guest editor. Examples are the workshops ‘RF Acoustics’ and ‘Acoustic Multiplexer for Carrier Aggregation’ as well as the yearly organization of the student design competitions ‘SAW triplexer’ and ‘BAW Quadplexer Module’ for the International Microwave Symposiums between 2015 and 2019. He has been acting as a Guest Editor for the special issue of the IEEE Microwave Magazine on the topic RF acoustic for mobile communication – challenges and solutions and for the IEEE Transactions on Microwave Theory and Techniques on the topic RF Frontends for Mobile Radio Terminal Applications.  In February 2017 Andreas Tag become Vice Chair of the MTT- 2 Microwave Acoustics Technical Committee and has been currently elected as the Vice Chair of the new upcoming MTT RF MEMS and Microwave Acoustics. Dr. Tag is a member of IEEE and VDE (German Association for Electrical, Electronic and Information Technologies). His main research interests include RF MEMS and Acoustics, microwave measurement techniques and instruments, semiconductor devices and electronic design automation.