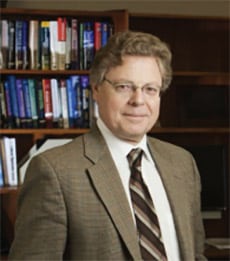 Professor Cangellaris’ teaching and research interests include computational electromagnetics; CAD methodologies and tools for noise-aware design high-speed/high-frequency electronic components and systems; and modeling methodologies and tools for MEMS computer-aided design. To date, Prof. Cangellaris has supervised the edcuation of more than forty MS sudents and twenty !ve PhD students. The majoroty of them have pursued careers in the semiconductor electronics industry and have populated several of the signal interity groups in companies such as Intel, IBM, AMD, Motorola, Cisco, Hewlett-Packard, and NVIDIA. Several of the modeling methodologies and computer tools developed by Prof. Cangellaris and his gradaute students for noise-aware analysis and design of high-speed/ high-frequency electronics have been transferred to industry, and some of them have served as protyotypes for the development of commercial-strength EDA tools.

Professor Cangellaris is the co-founder of the IEEE Conference on Electrical Performance of Electronic Packaging and Systems, which celebrated its twentith anniversary in fall 2011. He is a Fellow of IEEE and serves as Editor of the IEEE Press Series on Electromagnetic Field Theory. During the period 2008-1010 he served as IEEE Microwave Theory & Techniques Distinguished Lecturer, Also, he currently serves as Chair of the IEEE MTT Technical Committee 15 on Microwave Field Theory.

A dedicated teacher, Prof. Cangellaris is a frequent member of the List of Teachers Ranked as Excellent by their Students at the University of Illinois published biannually. In 2001, he received the University of Illinois ECE Faculty Outstanding Teaching Award. For his contributions to engineering applications of electromagnetic !eld theory he received the Alexander von Humboldt Research Award from Germany in 2005. In 2011, he was recognized with the Army Research Laboratory Director’s Coin for his contributions to the Multidisciplinary University Research Initiative on the Stando” Inverse Analysis and Manipulation of Electronic Systems.