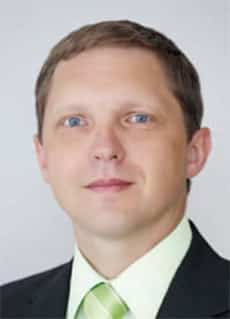 Andreas C. Stelzer was born in Haslach an der Mühl, Austria, in 1968. He received the Diploma Engineer degree in electrical engineering from the Technical University of Vienna, Austria, in 1994. In 2000, he received the Dr.techn. degree (Ph.D.) in mechatronics from the Johannes Kepler University with special honors Promotio sub auspiciis Praesidentis rei publicae under the auspices of the Austrian president, which is granted only if the best possible grades have been achieved throughout the entire education from high school to the final doctoral exam. Since 2000, he has been with the Institute for Communications and Information Engineering of the Johannes Kepler University in Linz. After finishing his postdoctoral qualification with the habilitation in 2003, he became an associate professor at Johannes Kepler University. Dr. Stelzer serves as a key researcher within the Linz Center of Mechatronics (LCM) and is responsible for numerous industrial projects. Also, in the newly established Austrian Center of Competence in Mechatronics (ACCM), he is in charge of several research projects. In 2007, Dr. Stelzer was granted a Christian Doppler laboratory from the Austrian government. This research laboratory for Integrated Radar Sensors, located at the Johannes Kepler University and headed by Dr. Stelzer, is dedicated to fundamental research on highly integrated microwave sensor systems using SiGe technology. Dr. Stelzer’s research focuses on microwave sensor systems for industrial applications, RF and microwave subsystems, SAW sensor systems and their applications, and baseband signal processing for sensor signal evaluation. The work on leading local position measurement systems combines a broad know-how reaching from the RF frontend via baseband hardware and processing to tracking and application software. Dr. Stelzer has authored or coauthored more than 170 journal and conference papers. He received several awards, including an honoring for excellent achievements at the university from the Austrian minister of science, the EEEfCOM Innovation Award, and the EuMA Radar prize at the European Radar Conference 2003. Andreas Stelzer is a member of the Austrian Electrotechnical Association (ÖVE) and the IEEE [MTT, Instrumentation and Measurement (IM), and Circuits and Systems (CAS) Societies]. He works as a reviewer for international journals and conferences and served as an associate editor for IEEE Microwave and Wireless Components Letters.