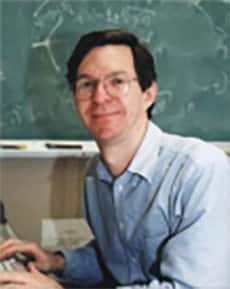 Alan Sokal obtained his bachelor’s and master’s degrees in physics at Harvard (1976) and his Ph.D. in physics at
Princeton (1981).
His main research interests are in statistical mechanics and quantum field theory. He is currently a Professor of
Physics at New York University and a Professor of Mathematics at University College London. He is co-author with
Roberto Fernandez and Jurg Frohlich of Random Walks, Critical Phenomena, and Triviality in Quantum Field Theory
(Springer, 1992), and co-author with Jean Bricmont of Fashionable Nonsense: Postmodern Intellectuals’ Abuse of
Science (Picador USA, 1998).
During his student years, he collaborated with his father, Nathan Sokal, in inventing the Class E RF power amplifier
as well as improved envelope-elimination-and-restoration (EER) schemes for linear RF power amplification. They were
together awarded U.S. Patents 3,900,823 and 3,919,656 for these inventions.