As an initiative taken by IEEE Young Professionals Microwave Theory and Techniques society, Southern Alberta section and Astronomy Teacher Training Institute (ATTI), a solar evening was held at the University of Calgary, Alberta, Canada on 4th February’ 15. Dr. Philip Scherrer, Professor, Stanford University and Dr. Deborah Scherrer, Director, Stanford Solar Center were the guest speakers at the event. The main focus of the lecture was to promote the engagement of graduate students in the Space Weather Program and Stanford’s Sudden Ionosphere Disturbance Monitors, an initiative by the Stanford Solar Centre, NSF, NASA, and United Nations. 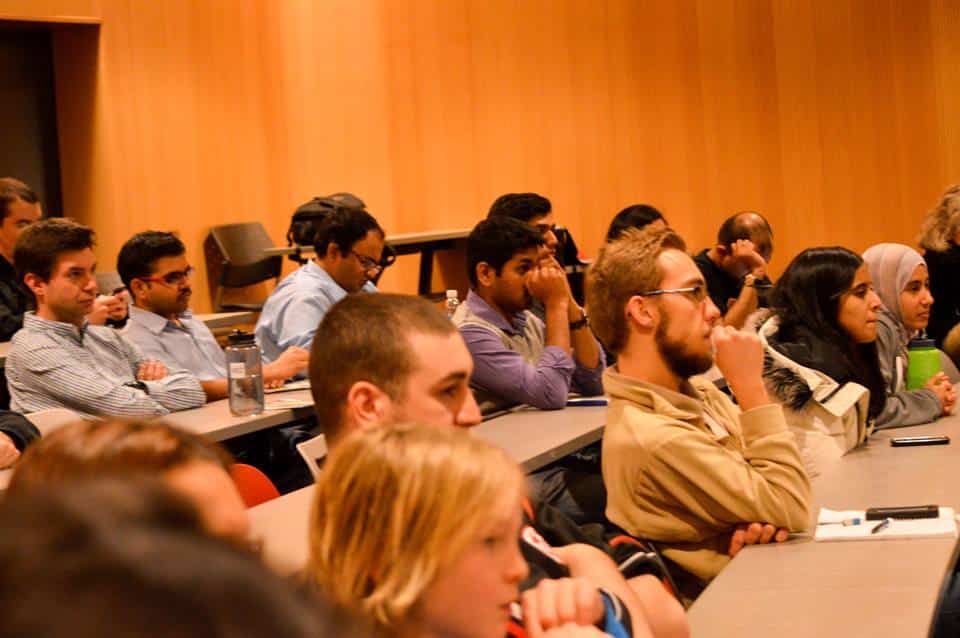 Stanford Solar CentreDr. Deborah elaborated the importance of space education among youth and how can students use the weather monitors designed by Stanford University’s Solar Center. This was to promote space and astronomy education among student. These weather monitors, which are easy to assemble, can be used by the students in their schools to study the effects of solar flares on the ionosphere. Dr. Philip’s talk was more on the technical aspects of space education and provided a detailed overview of the research conducted by NASA Solar Dynamics Observatory (SDO). SDO studies the effects of solar variation on the earth by collecting useful data. By using effective visualization tools, solar variations of the sun and coronal mass ejections were shown in the presentation. The talks by the speakers were followed by an informative question and answer session. A quiz was conducted by the ATTI and prizes were distributed. Drinks and snacks were also served. This evening was a very useful opportunity for students to understand the importance and various aspects of space education and works conducted by the SDO. 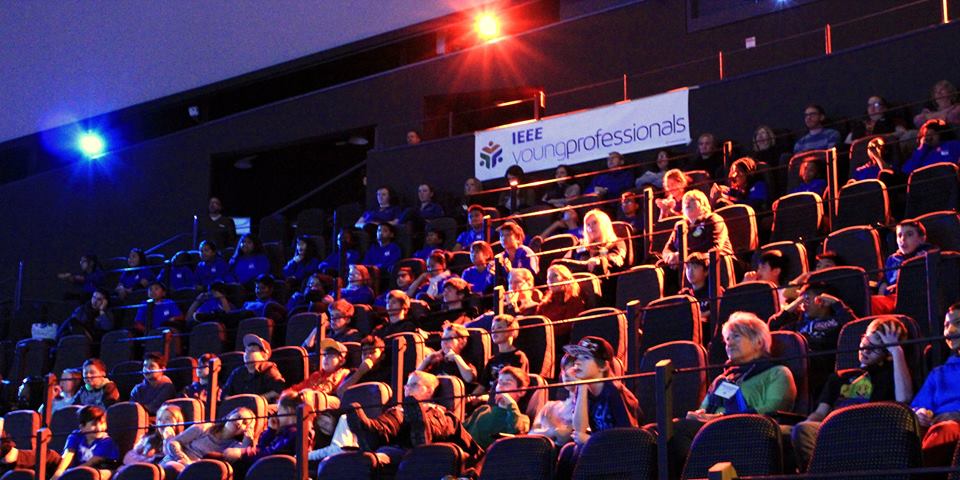 SDO and Young professionalFollowing this, Professors Deborah and Philip Scherrer gave a talk titled “Fingerprints of the Sun” to three classes of Calgary school children on 5th February at the Telus Science Centre. The talk was sponsored by the ATTI and formed part of Stanford University’s science outreach program. Dr. Deborah Scherrer spoke for half an hour, showing slides of spectroscopy and explaining atomic interactions with light and the principles of spectral absorption and emission in terms, which the grade six students understood and enjoyed. Following her talk, Dr. Scherrer was inundated with questions from the students who were eager to learn more. 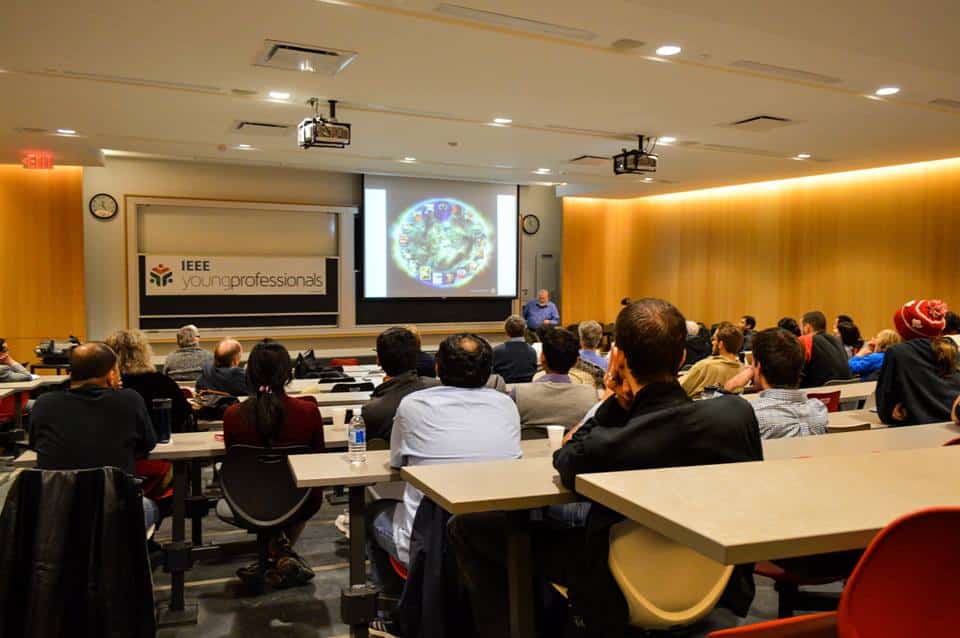 Dr. Scherrer and students Dr. Philip Scherrer talked about the orbital solar observatory and the research he has done studying the Sun. He had a number of fascinating film clips of solar mass ejections, sunspot activity and magnetic field fluctuations. One of the highlights of the two talks was a film clip of the rocket carrying the solar observatory to space breaking the sound barrier just after lift-off. Both Deborah and Philip said they thoroughly enjoyed their stay in Calgary and talking about solar research among professionals and amateurs while in the city. 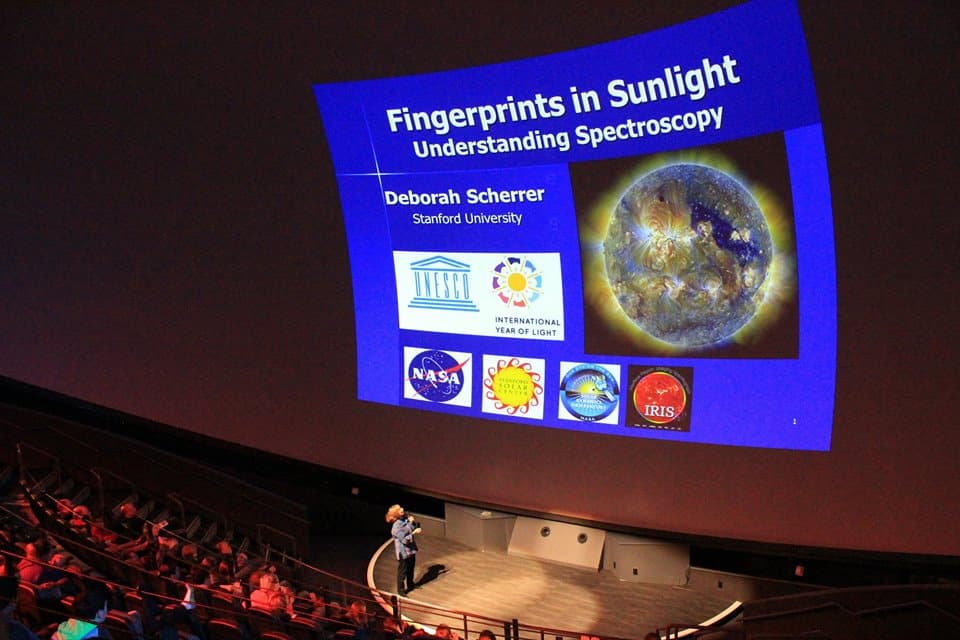