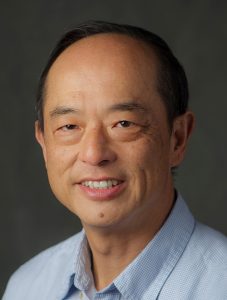 Speaker’s Bio: James Hwang is Professor in the Department of Materials Science and Engineering at Cornell University. He graduated with a Ph.D. degree from the same department in 1978. After years of industrial experience at IBM, Bell Labs, GE, and GAIN, he taught at Lehigh University for three decades. He cofounded GAIN and QED; the latter became the public company IQE. Between 2011 and 2013, he was a Program Officer for GHz-THz Electronics at the U.S. AFOSR. He has published more than 350 refereed technical papers and has been granted eight U. S. patents. He is an IEEE Life Fellow. 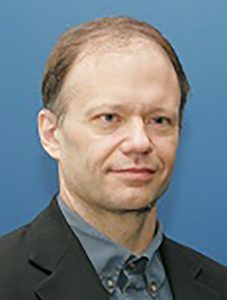 2. What is my Measurement Equipment Actually Doing? Implications for 5G

Speaker’s Bio: Jon Martens (M’91 – S’10) received the BSEE, MSEE and Ph.D. in Electrical Engineering from the University of Wisconsin in 1986, 1988 and 1990, respectively. Since 1995, he has been with Anritsu where he is currently an Engineering Fellow. His research interests include measurement system architectures, millimeter-wave circuit and system design, and a wide range of microwave measurement processes to include materials analysis, nonlinear and quasi-linear characterization, optical interactions and calibration. He is the inventor or co-inventor on over 17 patents, has (co-)authored several book chapters and over 50 technical publications. Dr. Martens is a past chair of the MTT measurements technical subcommittee and is a past president of the measurements society ARFTG and is still active in both. He is a member of the technical program subcommittees for the International Microwave Symposium and ARFTG and is a former associate editor for the Transactions on Microwave Theory and Techniques. 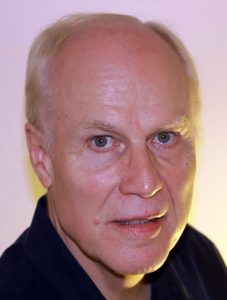 Speaker’s Bio: James M. Schellenberg (S’68-M’71-SM’94-LSM’10) received the B.S. degree in electrical engineering from Fresno State University, Fresno, CA in 1969, and the M.S. degree in electrical engineering from Johns Hopkins University, Baltimore, MD, in 1973. From 1969 to 1978, he was employed by Westinghouse Electric Corporation, Advanced Technology Laboratories, in Baltimore, MD where he was responsible for bipolar and FET power amplifier/combiner design. From 1978 to 1988 he was employed by Hughes Aircraft Company, Microwave Products Division, in Torrance, CA. There he was responsible for many industry firsts in GaAs hybrid/monolithic IC technology, particularly at millimeter-wave frequencies. From 1988 to 2005 he was with Schellenberg Associates developing power MMICs for millimeter-wave applications. From 2005 to 2008 he was with Trex Enterprises in Kahului, HI developing mm-wave imaging radars. In 2008 he joined QuinStar Technology as their Chief Engineer. Mr. Schellenberg is the inventor of the radial-line power combiner (U.S. Patent No. 4,234,854) and the Dolph-Tchebycheff planar power combiner (U.S. patent 4,835,496) and has pioneered the development of hybrid/monolithic FET amplifiers/oscillators at millimeter-wave frequencies. He has been awarded the 1978 IR-100 Award for the FET radial line power combiner and the 1981 ISSCC Beatrice Winner Award. He is the author of 8 U.S. patents and more than 70 technical papers. His current research interests include nonlinear analysis/modeling of power amplifiers, high-power broadband amplifiers/combiners and millimeter-wave GaN power amplifier. 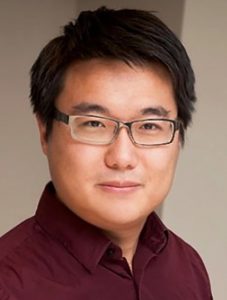 Speaker’s Bio: Ruonan Han (S’10-M’14-S’19) received the B.Sc. degree in microelectronics from Fudan University, China , in 2007, the M.Sc. degree in electrical engineering from the University of Florida, Gainesville, FL, USA, in 2009, and the Ph.D. degree in electrical and computer engineering from Cornell University, Ithaca, NY, USA, in 2014. In 2012, he was an intern with Rambus Inc., Sunnyvale, CA. He is currently an associate professor with the Department of Electrical Engineering and Computer Science, Massachusetts Institute of Technology, Cambridge, MA, USA. His current research interests include microelectronic circuits and systems operating at millimeter-wave and terahertz frequencies. Dr. Han is a member of the IEEE Solid-State Circuits Society (SSC-S) and the IEEE Microwave Theory and Techniques Society (MTT-S). He was a recipient of the Cornell ECE Directors Ph.D. Thesis Research Award, Cornell ECE Innovation Award, and two Best Student Paper Awards of the IEEE Radio-Frequency Integrated Circuits Symposium (2012 and 2017). He was also recipient of the IEEE MTT-S Graduate Fellowship Award, and the IEEE SSC-S Predoctoral Achievement Award. He is an associate editor of IEEE Transactions on Very-Large-Scale Integration (VLSI) System and a guest associate editor of IEEE Transactions on Microwave Theory and Techniques. He also serves on the Technical Program Committee (TPC) of IEEE RFIC Symposium and the TPC and Steering Committee of 2019 IEEE International Microwave Symposium (IMS). He is the winner of the Intel Outstanding Researcher Award (2019) and the National Science Foundation (NSF) CAREER Award (2017).