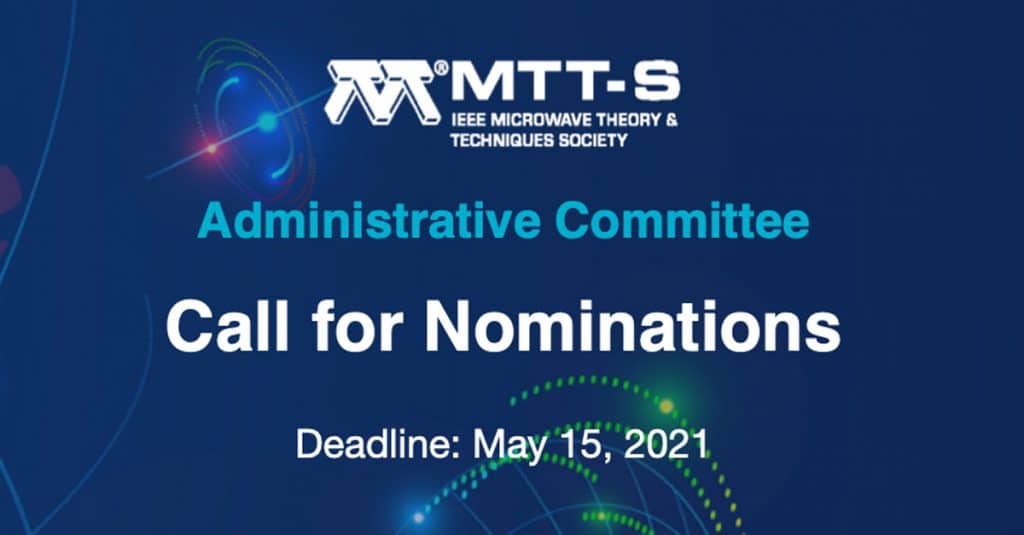 Call for Nominations for election to the MTT-S AdCom

The MTT-S Administrative Committee (“the AdCom”) is seeking nominations for candidates interested in running for election.  The candidates will run either in the At-Large election or  in the election conducted by the AdCom:

The elected members will serve for a three-year term, starting on January 1, 2022.

The Nominations and Appoinments (N&A) Committee is responsible for obtaining and screening prospective candidates. The nomination form and more details can be found here.

Please submit the nomination form to the N&A Committee Chair (r.snyder@ieee.org) before the deadline: MAY 15, 2021.