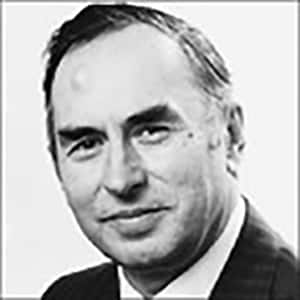 Dr. Hermann Statz, Age 92, passed away on Sunday, June 14, 2020 in his daughter’s home. Dr. Statz received his Master’s (1949) and PhD (1951) from the University of Stuttgart, Germany. From 1952 to 1953, he was a DIC staff member at the Massachusetts Institute of Technology and worked in the Solid State and Molecular Theory Group. He joined Raytheon Corporation in 1953 and became the Research Division General Manager in 1986, retiring in the year 1993. While at Raytheon, Dr. Statz established and technically guided, for over a decade, a team of research scientists to develop a laser gyroscope with no moving parts which was eventually used in the systems of all Airbus airliners and many defense platforms. He also guided work in advanced semiconductors, which led directly to the high-power microwave chips now used in many Raytheon’s phased-array radar systems. In 2005, Hermann Statz and team member Robert A. Pucel were awarded the Microwave Pioneer Award.

PS: The obituary is at this link.