1. Mr Anirban Ain, could you tell us a bit about yourself and your work?

I am from a small town named Bolpur in West Bengal. I did my B.Sc. and M.Sc. in physics from Visa-Bharati University and 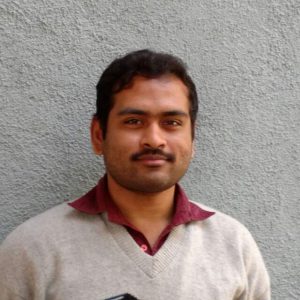 IIT Delhi. I am doing my PhD in IUCAA, Pune. I am associated with LIGO as part of the LIGO Scientific Collaboration (LSC). I am also a member of the Indian Initiative in Gravitational Wave Observation (IndIGO) consortium. I work on gravitational waves; I make maps of the gravitational wave sky using data from the LIGO detectors. I am working on improving efficiencies of the methods involved in this process. Now when we apply those on the data what we get is actually a ‘noise map’ because no actual signal is there. But in near future when LIGO will be more sensitive, the signal will rise above the noise and applying same algorithm will give a map of the signals (where they are coming from in the sky).

2. How have you been involved with IUCAA and LIGO?

I joined IUCAA in 2011 as a PhD student. I joined Sanjit Mitra as his student and started working on gravitational waves. He is a member of LSC and I also joined LSC. I am a full time PhD student and live in the campus.

3. There has been a lot of excitement regarding the recent discovery of the gravitational waves. Could you tell us the significance of this discovery?

Astronomy has a habit of revolutionizing our understanding of the universe. Modern astronomy started when Galileo looked through his telescope and saw the cosmos. Following his footsteps we have explored the universe using all available windows of the electromagnetic wave (we have surveyed the sky not only in visible light but also in x-ray, gamma-ray, radio waves, infrared light etc.). But there is another kind of wave, gravitational wave which is invisible. We have never even observed this wave (until now). It is an understatement to compare observing gravitational wave with Galileo observing the sky, it is actually like being blind and then being able to see the sky for the first time. This is only the beginning of a new branch of science, Gravitational Wave Astronomy. We can only imagine what new story it will tell us about the universe.

4. What were the difficulties that prevented us from getting this proof for a 100 years after its postulation?

Although predicted by Einstein in 1916 in General Relativity, the amplitude of this wave is small, mind bogglingly small. This has to do with the fact that gravitation is the weakest of the fundamental forces. The technological requirement to measure such small amplitude was achieved recently. The displacement caused by the observed wave in LIGO was smaller than 4×10-16 cm (for comparison, a proton is 8×10-14 cm). To give an idea of how small this length is, if you pour 1.5 litter of water in the sea, the sea level will rise by 4×10-16 cm.

5. As I understand it, at the moment, the discovery of the gravitational wave is more of scientific interest than of direct practical applications. Going forward, what could be the possible impact of this discovery? 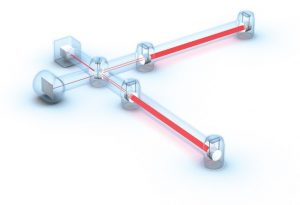 It is very hard to predict the future. I can only mention a fact, when General Relativity was formulated the time dilation/contraction was too small for everyday objects to be relevant. But now they are essential for GPS technology. GPS devices will not give correct location if they do not use Einstein’s formula. Similarly today we cannot think of any everyday application of gravitational waves but in future there must be some technology that might use them.

6. What are the next steps following this breakthrough?

You can block light using an opaque object but you cannot block gravity by any means. So gravitational waves pass through everything. The universe is completely transparent in gravitational waves. In future the LIGO detectors will be more sensitive and other detectors will join the network. We will observe many things that are not observable by light. We will see black holes collide, we can see the universe beyond the last scattering surface (the limit beyond which the universe is opaque).