Graphene Takes Us One Step Closer to Flexible Terahertz Electronics 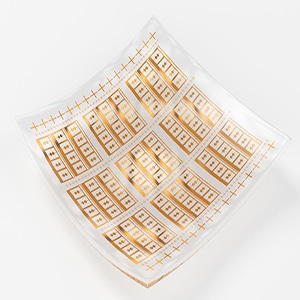 Researchers at Chalmers University in Sweden have combined flexibility and terahertz detection into one flexible, graphene-based detector that could lead to new products such as wearable terahertz sensors for medical diagnosis. In research published in the journal Applied Physics Letters, the Chalmers researchers developed a field-effect transistor (FET) built up on a plastic substrate in which the channel is made from graphene. The resulting flexible device can detect signals in the range of 330 to 500 GHz.