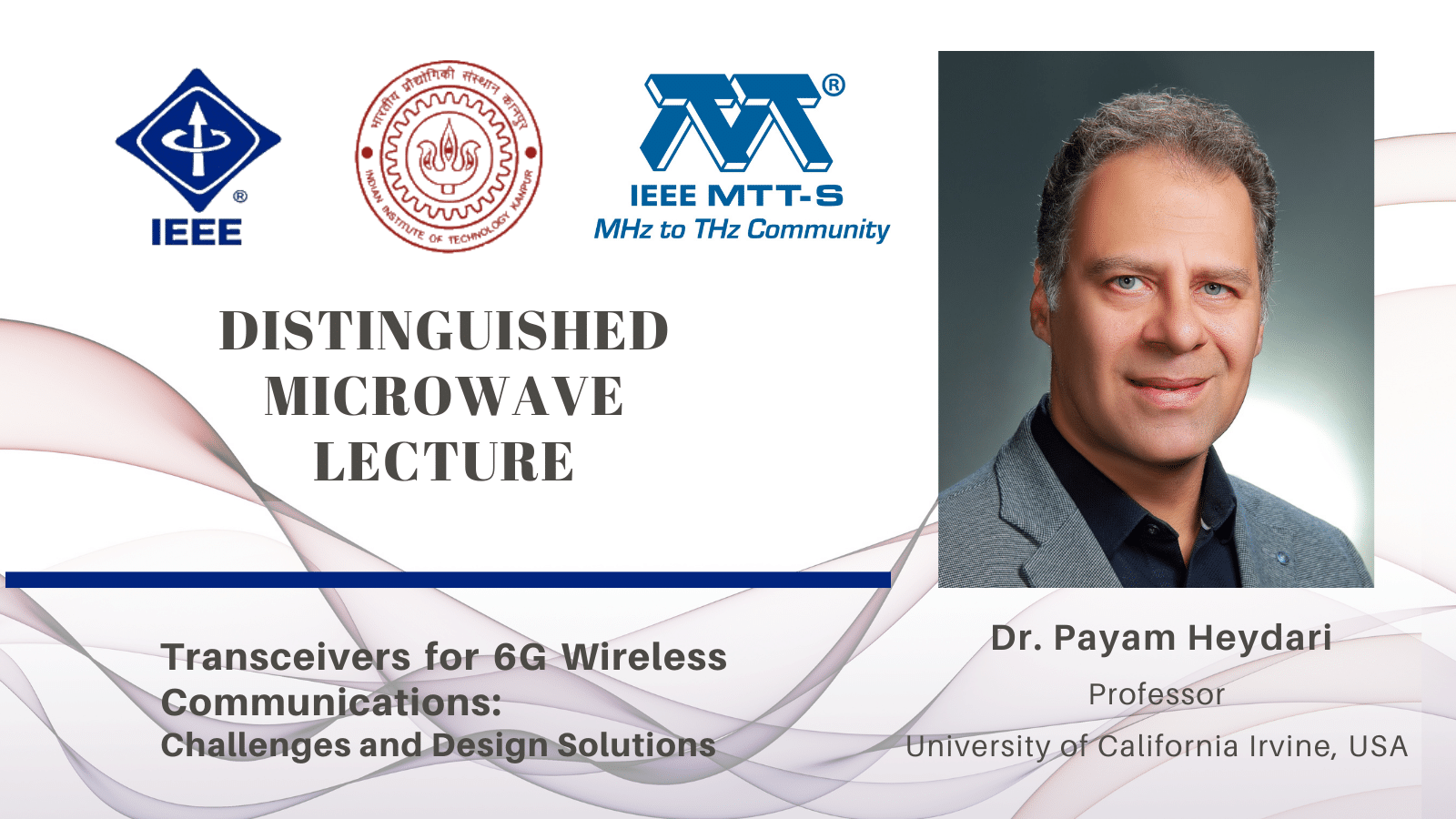 Payam Heydari received his B.S. and M.S. degrees (Honors) in Electrical Engineering from Sharif University of Technology in 1992 and 1995, respectively. He received his Ph.D. degree from the University of Southern California in 2001. He is currently a Full Professor of Electrical Engineering at the University of California, Irvine. His research covers the design of terahertz/millimeter-wave/RF and analog integrated circuits. He is the (co)-author of two books, one book chapter, and more than 140 journal and conference papers. He has given Keynote Speech to IEEE GlobalSIP 2013 Symposium on Millimeter-Wave Imaging and Communications, served as Invited Distinguished Speaker to the 2014 IEEE Midwest Symp. on Circuits and Systems, and gave a Tutorial at the 2017 International Solid-State Circuits Conference (ISSCC). He has served as Distinguished Lecturer of both the IEEE Solid-State Circuits Society (SSCS) (2014-2016) and the IEEE Microwave Theory and Techniques Society (MTT-S) (2019-2022).

Dr. Heydari is the recipient of the 2016-2017 UCI School of Engineering Mid-Career Excellence in Research, the 2014 Distinguished Engineering Educator Award from Orange County Engineering Council, the 2009 Business Plan Competition First Place Prize Award and Best Concept Paper Award both from Paul Merage School of Business at UC-Irvine, the 2010 Faculty of the Year Award from UC-Irvine’s Engineering Student Council (ECS), the 2009 School of Engineering Fariborz Maseeh Best Faculty Research Award, the 2007 IEEE Circuits and Systems Society Guillemin-Cauer Award, the 2005 IEEE Circuits and Systems Society Darlington Award, the 2005 National Science Foundation (NSF) CAREER Award, the 2005 Henry Samueli School of Engineering Teaching Excellence Award, and the Best Paper Award at the 2000 IEEE Int’l Conference on Computer Design (ICCD). He was recognized as the 2004 Outstanding Faculty in the EECS Department of the University of California, Irvine. His research on novel low-power multi-purpose multi-antenna RF front-ends received the Low-Power Design Contest Award at the 2008 IEEE Int’l Symposium on Low-Power Electronics and Design (ISLPED). The Office of Technology Alliances at UCI has named Dr. Heydari one of 10 Outstanding Innovators at the university. Dr. Heydari is currently a member of the International Technical Program Committee of the International Solid-State Circuits Conference (ISSCC), an Associate Editor for the IEEE Solid-State Circuits Letters (SSC-L), and a member of AdCom for the IEEE Solid-State Circuits Society. He has served as the Guest Editor of IEEE Journal of Solid-State Circuits (JSSC), and Associate Editor of IEEE Trans. on Circuits and Systems – I. He is an IEEE Fellow for contributions to silicon-based millimeter-wave integrated circuits and systems.

This event is sponsored by IEEE Microwave Theory and Techniques Society, and organised by the Student Branch Chapter of IIT
Kanpur in association with IEEE MTT-S Uttar Pradesh Section Chapter.

All interested are cordially invited to attend the talk and are requested to register for the event. The Zoom link will be shared a day before the event.