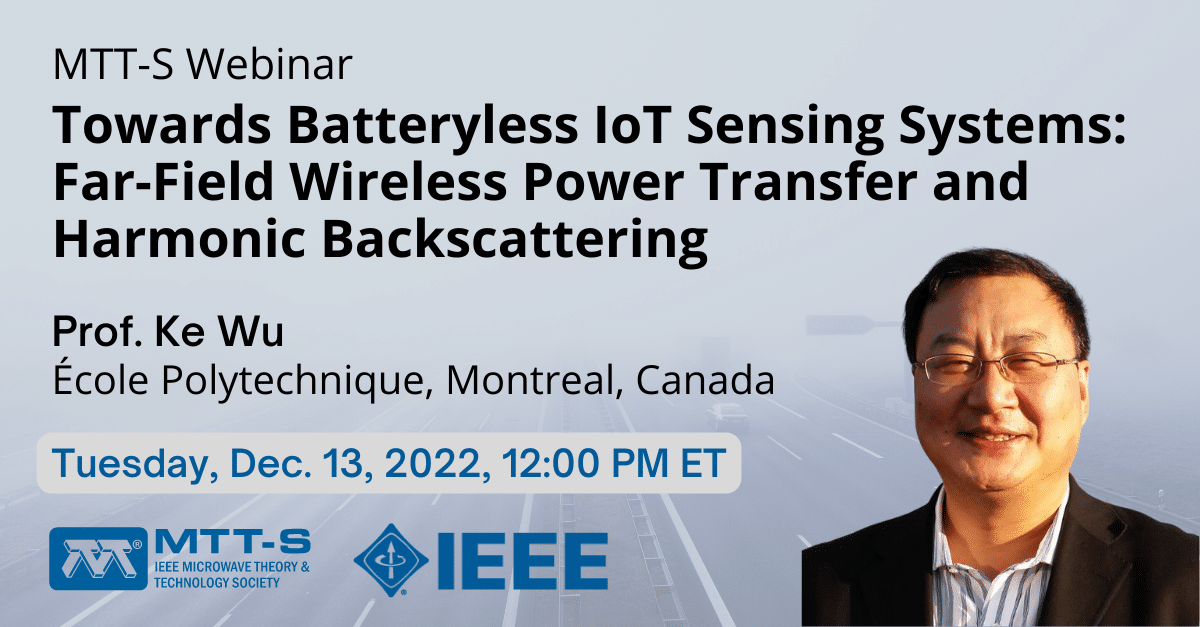 Abstract: One essential foundation of IoT technology is the development of numerous interrelated IoT sensors distributed extensively in our environment. Conventional batteries/cords-based powering solutions are certainly not an acceptable long-term and sustainable solution, considering the incurred cost, feasibility, and most of all, environmental impact. A promising and “green” powering alternative solution for IoT sensors is recycling omnipresent ambient RF energy, which is actually dissipated in free space if not consumed by end-users immediately. The concept of harnessing wireless energy for powering IoT sensors requiring a higher power supply is also feasible through the dedicated wireless power delivery from specialized power base-stations, which can be an effective supplement. To realize the RF power scavenging, this talk focuses on two mainstream techniques: far-field wireless power transfer (WPT) and harmonic backscattering. As a preliminary research step and a feasibility study, a survey of ambient RF energy density in the core areas of Montreal is summarized first. Then, design and optimization techniques regarding low-power far-field rectifiers and fully passive harmonic transponders are presented.

Speaker’s Bio: Professor of electrical engineering at École Polytechnique (University of Montreal), Dr. Ke Wu is Industrial Research Chair in Future Wireless Technologies and the Director of the Poly-Grames Research Center. He was the Canada Research Chair in RF and millimeter-wave engineering and the Founding Director of the Center for Radiofrequency Electronics Research of Quebec. He has authored/co-authored over 1400 referred papers, and a number of books and book chapters and filed more than 50 patents. Dr. Wu was the general chair of the 2012 IEEE MTT-S International Microwave Symposium, and the 2016 President of the IEEE Microwave Theory and Techniques Society (MTT-S). He also served as the inaugural North American representative in the General Assembly of the European Microwave Association. He was the recipient of many awards and prizes. He was an IEEE MTT-S Distinguished Microwave Lecturer. Dr. Ke Wu is a Fellow of the IEEE, Canadian Academy of Engineering and Royal Society of Canada, and a Member of the German National Academy of Science and Engineering.