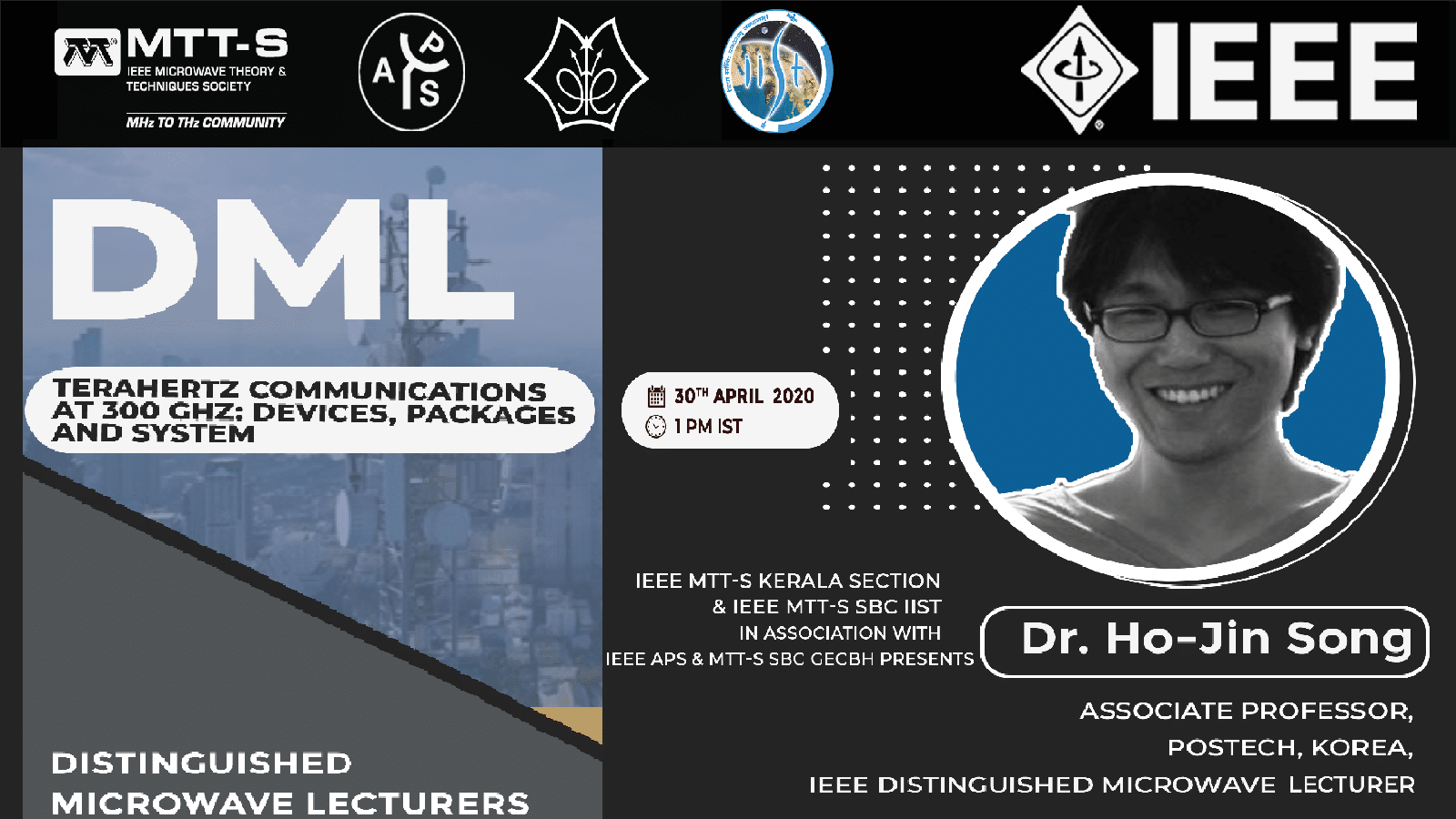 Abstract: Recent progress in semiconductor devices on compound semiconductor or silicon substrates has made it possible to produce more power and receive a signal with less noise at THz frequencies. Various integrated circuits for the THz radio front-end functional blocks, including power and low-noise amplifiers, modulators and demodulators, and oscillators, have been demonstrated in the last decade. In the first experimental demonstration conducted in 2004, bulky instruments originally developed for THz spectroscopy were used to transmit pulsed THz signals carrying a 7-kHz bandwidth audio signal across a short free space. However, recently, there have been several successful demonstrations of multi-Gbps data transmissions at THz frequencies with state-of-the art devices and components. In this talk, the first prototype of a THz wireless communications system designed under the ‘touch-and-go’ scenario will be presented. I clarify the concept of the KIOSK data downloading system, cover some considerations in this work, and present a brief link-budget plan. We will then overview technologies for implementing THz components operating at 300 GHz and their performance, followed by preliminary investigation of the channel responses and the experimental demonstration results. At the end of the presentation, we will discuss several issues that need to be addressed for the future of the THz communications systems, in terms of system architectures, packaging and potential applications.

Speaker’s Bio: Ho-Jin Song received the B. S. degree in electronics engineering from Kyungpook National University, Daegu, Korea in 1999, and the M.S. and Ph.D. degree in electrical engineering from Gwangju Institute of Science and Technology (GIST), Gwangju, Korea, in 2001 and 2005, respectively. Since he joined Nippon Telegraph and Telephone, Japan in 2006, which is the third largest telecommunication company in the world, he had engaged in the development of sub-millimeter and terahertz wave devices, circuits and systems for communication, remote sensing and imaging applications. In 2015, he was named to a distinguished research scientist of NTT Labs. Since 2016, Dr. Song has been with the department of Electrical Engineering, Pohang University of Science and Technology (POSTECH), Pohang, Gyeongbuk, Korea. His current research interest includes mm-wave and terahertz circuits, antenna, packages and test-bed systems, particularly for wireless communication, connectivity and radar applications. Dr. Song was a recipient of GIST Best Thesis Award (2005), NTT Labs Research of the Year Award (2009 and 2014), Young Scientist Award of Spectroscopical Society of Japan (2010), IEEE Microwave and Wireless Component Letters Tatsuo Itoh Best Paper Award (2014) and Best Industrial Paper Award at IEEE MTTs-IMS 2016 (2016). He is a senior IEEE member and an IEEE distinguished microwave lecturer for the 2019-2021 term.

This Lecture is organized by the IEEE MTT-S Kerala Section in association with the IEE MTT-S SBC of IIST and the IEEE AP-S and MTT-S SBC GECBH. Don’t hesitate to join us in this journey of learning and discovering!

Registration is Free but it is Mandatory. Online link will be shared only to registered participants.
The event is open to all & the registration is absolutely free of cost.
All Active participants will get an E-Certificate of Participation.
Date: 30th April, 2021, Time: 13:00 IST / 3:30 EDT /9:30 CEST
Platform: Cisco Webex