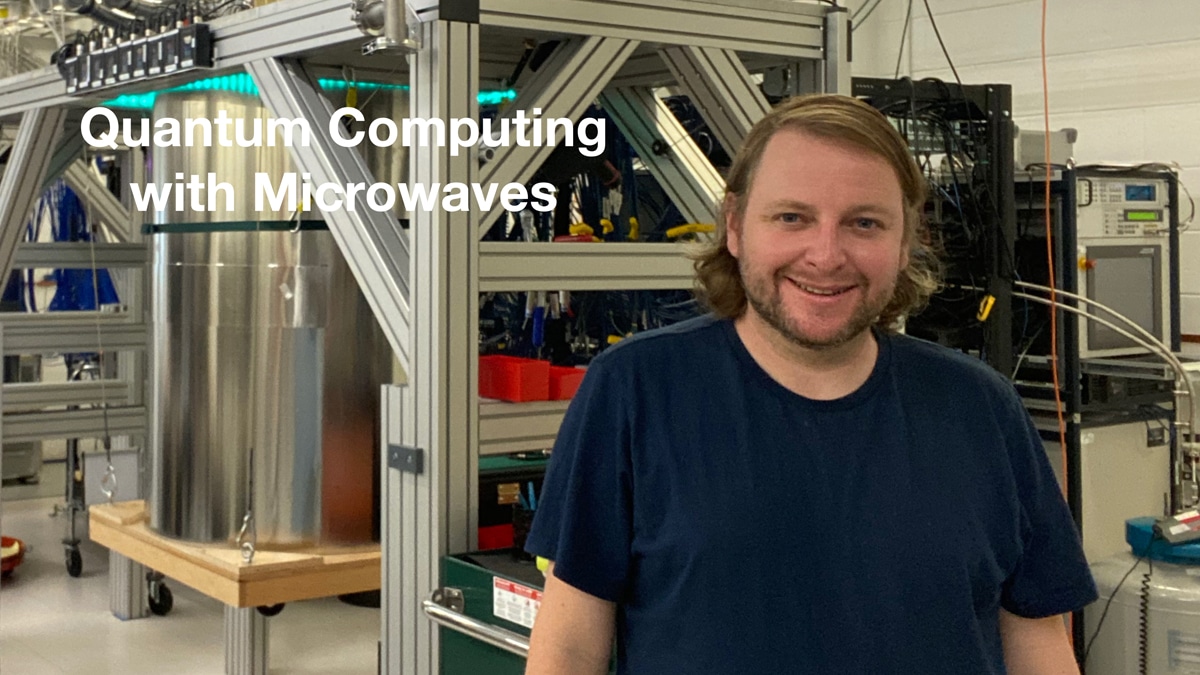 Quantum computing offers the potential for an exponential speed-up of certain classes of computational problems, and, as such, the development of a practical quantum computer has been a field of intense research over the past two decades. Yet, it is still early in the development of these systems, as we have just reached the point at which laboratory experiments have shown that quantum computers can outperform classical computers at certain computational tasks. As such, it is an exciting time in the field, analogous to the early days of classical computer development. As microwave engineers there is a tremendous opportunity to contribute to the field, since the control and measurement of most quantum processors is carried-out using microwave techniques. In this talk, I will describe the use of microwaves in quantum computing, with a focus on the superconducting qubit technology which was used to show that a quantum computer is capable of post-classical computation. The talk will be geared toward microwave engineers who may have no background in quantum computing, and it will provide a glimpse into the fundamentals, contemporary system architectures, recent experiments, and, finally, major microwave challenges that must be overcome if fault tolerant quantum computing is to become a reality.

Speaker’s Bio: Joseph Bardin received the PhD degree in electrical engineering from the California Institute of Technology in 2009. In 2010, he joined the department of Electrical and Computer Engineering at the University of Massachusetts Amherst, where he is currently a Full Professor. His research group currently focuses on low temperature integrated circuits with applications in radio astronomy and the quantum information sciences. In 2017, he joined the Google Quantum AI team as a visiting faculty researcher and, in addition to his university appointment, he currently serves as a staff research scientist with this team. Professor Bardin has received the following awards: a 2011 DARPA Young Faculty Award, a 2014 NSF CAREER Award, a 2015 Office of Naval Research YIP Award, a 2016 UMass Amherst College of Engineering Barbara H. and Joseph I. Goldstein Outstanding Junior Faculty Award, a 2016 UMass Amherst Award for Outstanding Accomplishments in Research and Creative Activity, and a 2020 IEEE MTT-S Outstanding Young Engineer Award.