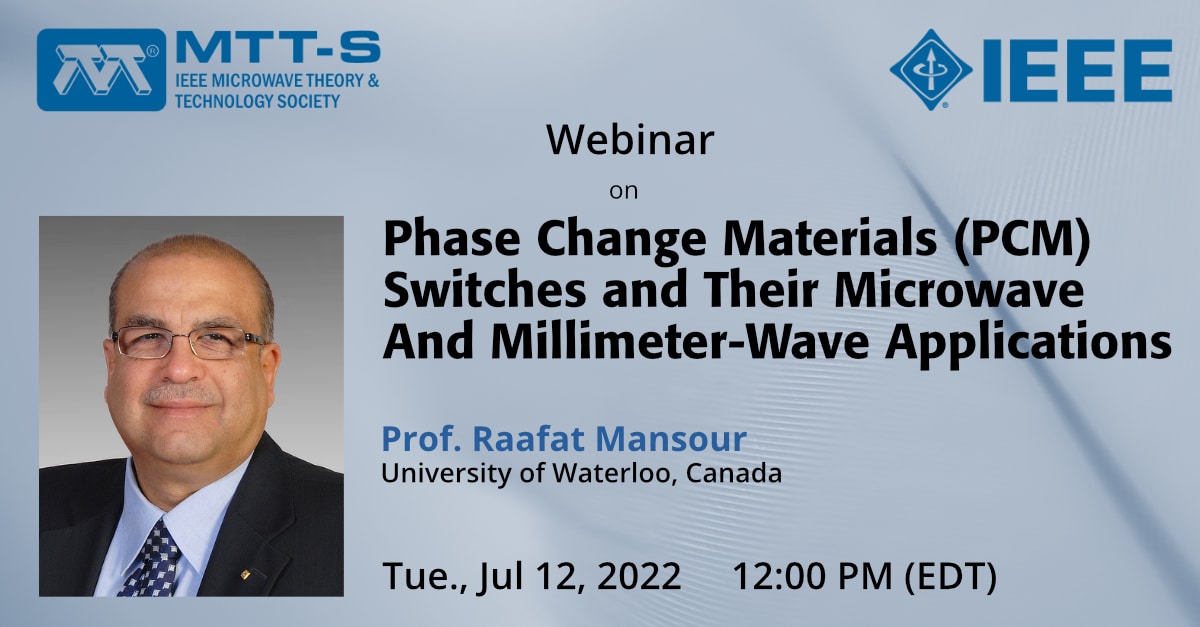 Abstract: Microwave and Millimeter-wave switches are key components in communication systems. They are used for signal routing and for realizing a wide range of reconfigurable microwave and millimeter- wave devices. Phase Change Materials (PCM) have been widely used in optical storage media and non-volatile memory devices applications. Over the past recent years, there have been interest in exploiting the PCM materials such as germanium telluride (GeTe) and metal insulator transition materials such as vanadium oxides (VO2) for RF applications. The principle of operation of PCM RF switches is based on the ability of the material to transform from a high-resistivity sate (amorphous phase) to low-resistivity state (crystalline phase) and vice versa with the application of short duration pulses. Several order of resistivity change can be achieved by PCM technology allowing the realization of highly miniature microwave and millimeter-wave switches. In addition to miniaturization, GeTe based switches offer latching functionality and ease of monolithic integration with other RF circuits. This talk will address recent in development PCM-switches capable of operating up to 67 GHz, and their applications to the realizations of switch matrices, phase shifters, tunable filters, variable attenuators and tunable matching networks.

Speaker’s Bio: Raafat Mansour is a Professor of Electrical and Computer Engineering at the University of Waterloo and holds Tier 1 – Canada Research Chair (CRC) in Micro-Nano Integrated RF Systems. He held an NSERC Industrial Research Chair (IRC) for two terms (2001-2005) and (2006-2010). Prior to joining the University of Waterloo in January 2000, Dr. Mansour was with COM DEV Cambridge, Ontario, over the period 1986-1999, where he held various technical and management positions in COM DEV’s Corporate R&D Department. Professor Mansour holds 39 US and Canadian patents and more than 380 refereed publications to his credit. He is a co-author of a 23-chapter Book published by Wiley and has contributed 6 chapters to four other books.