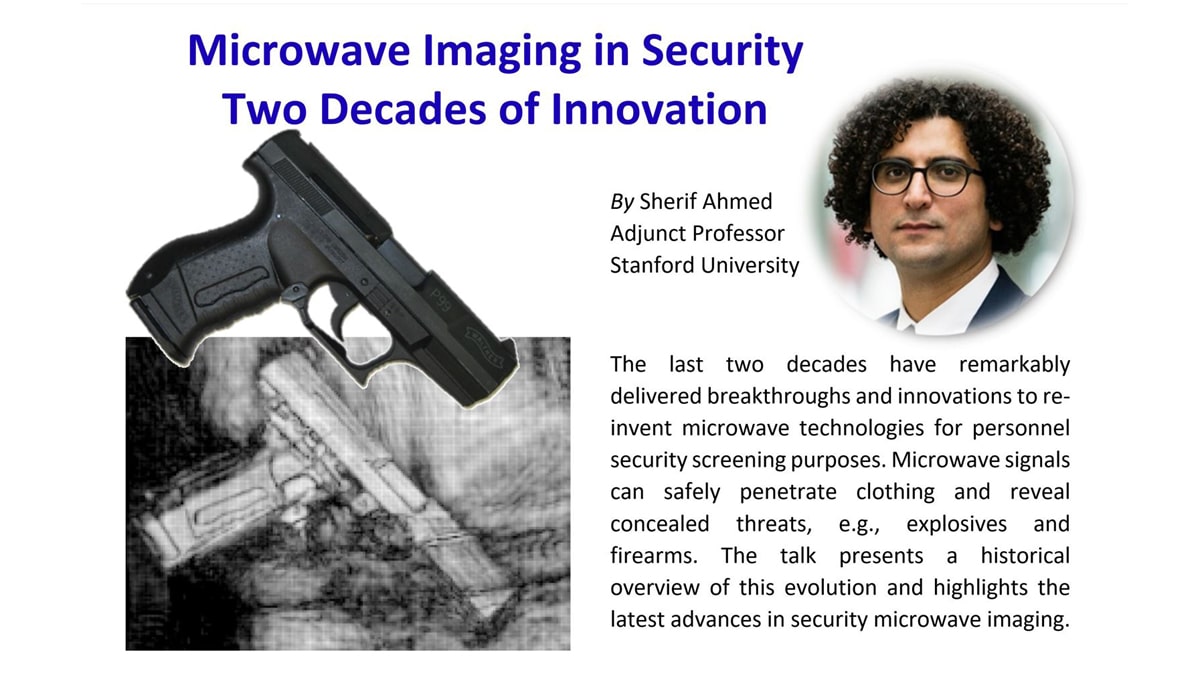 Abstract: The microwave spectrum is one of the most valuable natural resources used nowadays in communication, navigation, and remote sensing. With over a century of heritage, imaging with electromagnetics had been puzzling researchers and engineers alike. When science and technology advanced enough, early imaging solutions at the lower end of the microwave spectrum were revealed. Airborne synthetic aperture radars (SAR), and later space-borne SAR, were first to evolve. With their unprecedented capabilities in earth observation and reconnaissance, researchers became even more eager to extend SAR imaging to higher frequencies and for different applications. The last two decades have remarkably delivered breakthroughs and innovations to re-invent microwave technologies for personnel security screening purposes. Microwave signals can safely penetrate clothing and reveal concealed threats, e.g., explosives and firearms, without imposing any health risks or side effects. This talk will present a historical overview of this evolution and highlight the latest advances in security microwave imaging.

Speaker’s Bio: SHERIF S. AHMED (Senior Member, IEEE) received his M.Sc. degree in Microwave Engineering from The Technical University of Munich, Munich, Germany, in 2007, and the PhD. (Dr.-Ing.) degree from The University of Erlangen-Nuremberg, Erlangen, Germany, in 2013. He is currently an Adjunct Professor at Stanford University, CA, and possesses more than 15 years of professional industry experience in various research and development roles. He has co-authored more than 25 research papers, more than 20 patents, and a book on advanced microwave imaging methods. He was the recipient of the University Academic Award of the Technical University of Munich (TUM) in 2007, the Innovation Award of Rohde & Schwarz (R&S) in 2009 and 2018, and the IEEE MTT Microwave Prize Award of 2013. Moreover, he is a Co-Chair on the US ANSI standard committee for Measuring the Imaging Performance of mmWave Systems for Security Screening of Humans. His research and development focus extends to microwave and mmWave imaging, stand-off THz sensing, multistatic radars, advanced signal-processing techniques, terahertz technology, and last but not least, automotive radar design and characterization. Over the past decade, he pioneered body scanner technology with the first fully-electronic multistatic mmWave imaging systems, which are being deployed worldwide today at airport checkpoints. In recent years, he has been advancing the qualifications of automotive radars, towards autonomous driving capabilities.

This webinar is organised by IEEE MTT-S Silicon Valley Chapter. Register to receive Zoom meeting links, via email, an hour before the event!

THIS EVENT WILL BE LIVESTREAMED ON ZOOM, BUT NOT RECORDED!!!