Metamaterials: A Manipulation of Waves 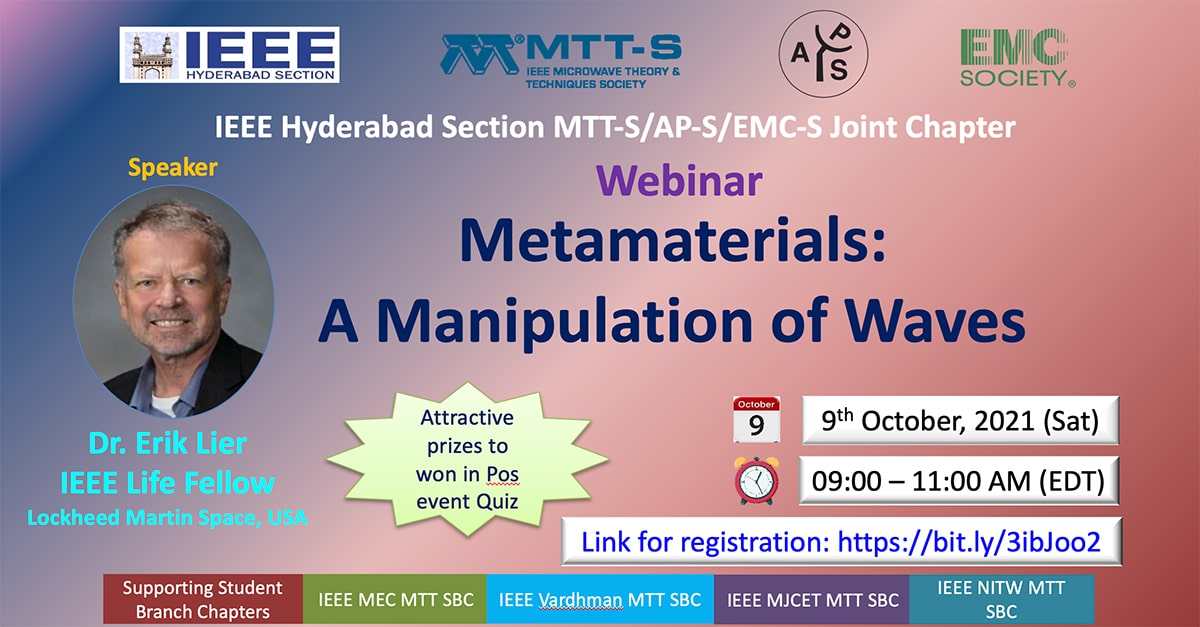 Metamaterials: A Manipulation of Waves

Abstract: For millennia, mankind has fashioned goods that harness natural phenomena, such as light, heat and sound. Now, researchers are creating an entirely new class of substances, known as metamaterials, whose unique properties distinguish them from anything found in nature. Combine this scientific progress with advances in computing, modeling, and emerging manufacturing techniques, metamaterials breakthroughs are beginning to result in practical applications for radio and light waves to acoustic, sonar, ocean and even seismic waves.

Speaker’s Bio: Dr. Erik Lier received his M.Sc. and Ph.D. from the Norwegian University of Science and Technology, Trondheim, Norway. He started working as a university scientific assistant and later as a research scientist at the Electronics Laboratory (ELAB/SINTEF) at the university, carrying out national and international research on microwave antennas and feed components for the European Space Agency (ESA), INTELSAT, INMARSAT and other satellite organizations and radar companies. He spent a year at UCLA as a visiting scholar studying phased array antenna technology. He co-invented the concept of “Soft and Hard electromagnetic surfaces” which is related to the field of electromagnetic bandgap (EBG) structures and complex surfaces. Since 1990 he has been with Lockheed Martin Space, where he has been involved in developing new spacecraft antenna and payload technology. He was instrumental in building up shaped reflector capability in the company which resulted in winning the Asiasat-2 satellite program. He has been involved in the development and modernization of the GPS satellite payload for over more than 20 years. His main research interest and contribution has been in the field of phased array antennas, including design, analysis, system engineering, calibration and test. He was the phased array architect for two phased arrays launched into space. He headed up the internal metamaterials research collaboration effort within the company, which has included university collaboration and has led to several groundbreaking and practical metamaterial-enhanced antennas for space and ground applications. He is granted 36 US patents, has authored and co-authored over 140 journal and conference papers, including two papers in the journal Nature, co-authored one book and authored a book chapter. He received the 2014 IEEE Antennas and Propagation Harold A. Wheeler Applications Prize Paper Award. He is a Lockheed Martin Senior Technical Fellow, a Life Fellow of IEEE, Fellow of IET and AP-S Distinguished Lecture of Class 2021-23.