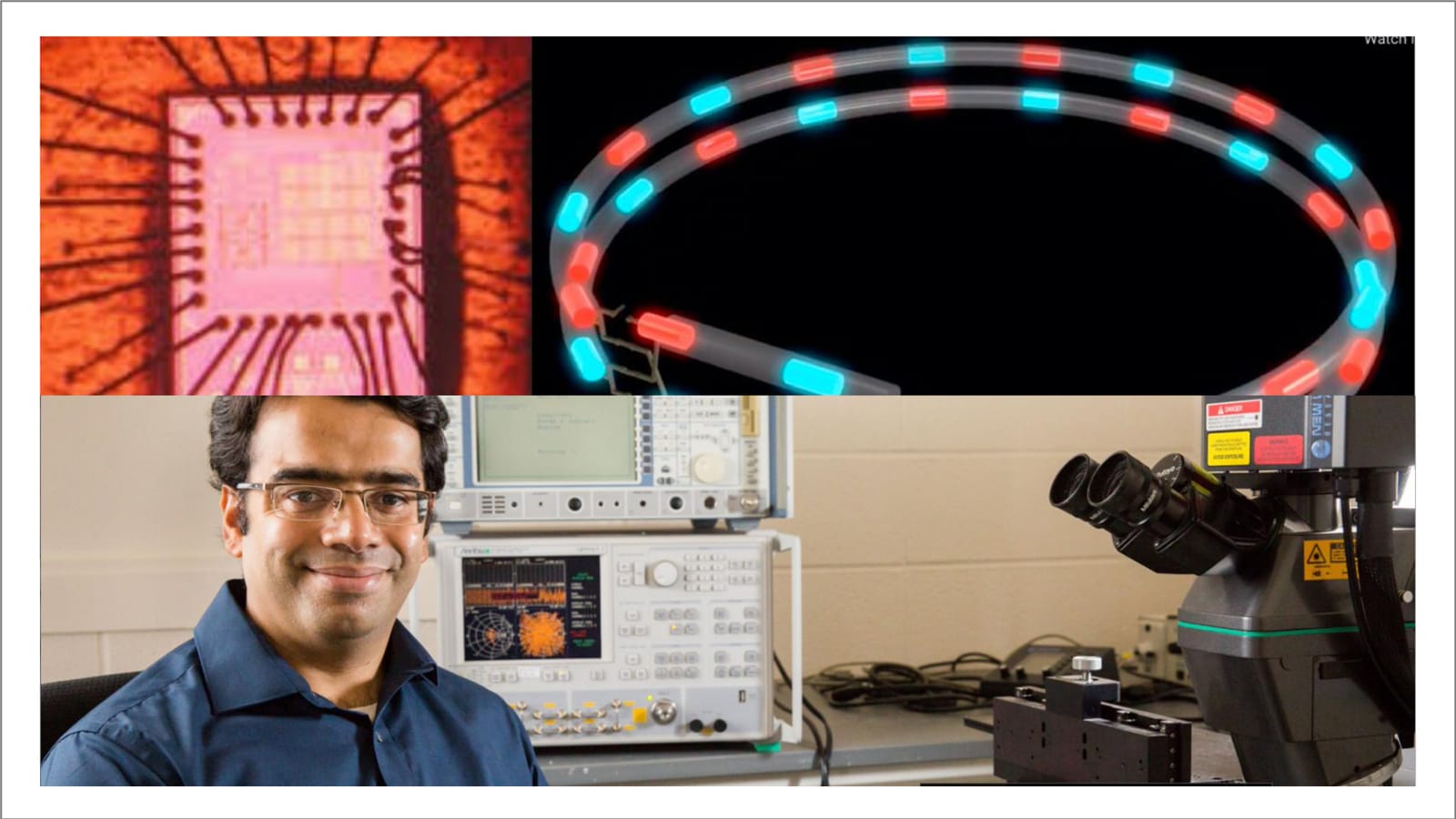 Abstract: Integrated circuits have fueled several revolutions that have deeply impacted modern society, including the computing revolution, the internet and the first two wireless revolutions. We are at the dawn of the third wireless revolution, which I call the Wireless Mobile Reality revolution. Over the next fifteen years, new wireless paradigms spanning from radio frequencies to millimeter-waves and terahertz will change the way in which we interact with the real world, through applications such as mobile virtual and augmented reality, vision quality imaging, gesture recognition and bio- and materials-sensing. However, at the same time, integrated circuits are starting to run out of steam – technology scaling is no longer yielding better transistors that are faster and lower power. Therefore, circuit design needs to be refreshed with new tools and techniques that draw inspiration from the layers below (electromagnetics and device physics) and the layers above (communication systems and networking). In this talk, I will describe research along these lines from the CoSMIC lab at Columbia University. I will start by describing a new approach to breaking Lorentz reciprocity to engineer high-performance non-reciprocal components, such as gyrators, isolators and circulators. I will then talk about how these integrated non-reciprocal circulators enable practical integrated full-duplex wireless radios. Finally, I will talk about the FlexICoN project at Columbia which is taking a holistic and cross-layer view of full-duplex networks from the physical layer to the networking layer. I will also briefly touch upon other work from CoSMIC lab in the same vein related to high-power, high-efficiency millimeter-wave radios, MIMO radios, opto-electronic LIDARs and city-scale wireless testbeds.

Speaker’s Bio: Harish Krishnaswamy (Senior Member, IEEE) received the B.Tech. degree in electrical engineer- ing from IIT Madras, Chennai, India, in 2001, and the M.S. and Ph.D. degrees in electrical engineering from the University of Southern California (USC), Los Angeles, CA, USA, in 2003 and 2009, respectively. In 2009, he joined the Electrical Engineering Department, Columbia University, New York, NY, USA, where he is currently an Associate Professor and the Director of the Columbia High-Speed and Millimeter-Wave IC Laboratory (CoSMIC). In 2017, he co-founded MixComm Inc., Chatham, NJ, USA, a venture-backed start-up, to com- mercialize CoSMIC Laboratory’s advanced wireless research. His research interests include integrated devices, circuits, and systems for a variety of RF, millimeter-wave (mmWave), and sub-mmWave applications. Dr. Krishnaswamy was a recipient of the IEEE International Solid-State Circuits Conference Lewis Winner Award for Outstanding Paper in 2007, the Best Thesis in Experimental Research Award from the USC Viterbi School of Engineering in 2009, the Defense Advanced Research Projects Agency Young Faculty Award in 2011, the 2014 IBM Faculty Award, the Best Demo Award at the 2017 IEEE ISSCC, the best student paper awards at the 2015, 2018, and 2020 IEEE Radio Frequency Integrated Circuits Symposium and the 2020 IEEE International Microwave Symposium, the 2021 IEEE MTT-S Microwave Magazine Best Paper Award, and the 2019 IEEE MTT-S Outstanding Young Engineer Award. He has been a member of the technical program committee of several conferences, including the IEEE International Solid-State Circuits Conference since 2015 and the IEEE Radio Frequency Integrated Circuits Symposium since 2013. He has also served as a Distinguished Lecturer for the IEEE Solid-State Circuits Society and is a member for the DARPA Microelectronics Exploratory Council.

This webinar is organised by MTT-SCV.