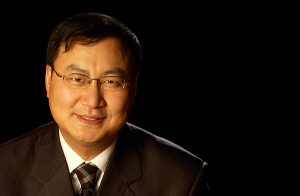 Time to Renew, Time to Expand
Have you renewed your IEEE/MTT-S membership?
If you have, I thank you for your loyalty to MTT-S. If not, you can easily renew on-line.
You can also help MTT-S by recruiting friends and colleagues as new members of our Society. We have been working very hard to create more membership value, thereby attracting new members and retaining existing ones. A key feature we’ve added in 2016 is free on-line access to all of our archival publications, available to all MTT-S members as of January 1, 2017. (More)

A submillimeter system uses single-pixel, intensity-only measurements to generate phase-sensitive images. Phase information is captured via photoelectric effect on in randomly masked high-resistivity silicon wafer and analyzed by “Phaselift” algorithm to resolve objects as small as 190 ?m at 690 GHz.

Alvin “Al” Clavin (born 17 June 1924), Past President of the IEEE Microwave Theory and Technology Society and a Life Fellow of the IEEE, died 17 November 2016, two days after emergency surgery.

A simple non-contact system, based on a vector network analyzer, can non-destructively determine both dielectric properties in the 750-1,100 GHz range and physical dimensions of samples. Greatly improved precision and response times could support high-throughput industrial applications.

MTT-S Past President Samir El-Ghazaly has been elected as IEEE VP and Chair of Publication Services and Products Board (PSPB) during the IEEE November Meeting Series in New Jersey.

Every year, the U.S. Combating Terrorism Technical Support Office puts out a “Broad Agency Announcement” of technologies that don’t yet exist. This year’s to-do list includes wireless recharging for drones in flight, a low-power mini body cams, and a portable scanner that can find hidden tunnel entrances.

John T. Barr IV has been named recipient of the 2017 IEEE Haraden Pratt Award, presented to an IEEE Senior member or Fellow for outstanding volunteer service to IEEE, with the citation “For sustained leadership and service across IEEE and Society levels.”

Radio jamming, drones with nets, trained eagles: None of these can really handle military drones. As of 2013, though, the U.S. Army and Raytheon were successfully testing a long range, high power directed microwave weapon capable of taking out swarms of drones in milliseconds.

IEEE MTT-S Young Professionals in Microwaves have organized a 16 January workshop on “Shaping the Career for the Next Generation Wireless Technologies” during the 11th IEEE Radio & Wireless Week (RWW2017) in Phoenix, Ariz

Every tool you master enhances your ability to contribute. Explore Keysight Signal Analysis Basics and get inspired for your next breakthrough. Download the app note.