Are Telepresence Robots the Best Way to Explore Other Worlds? 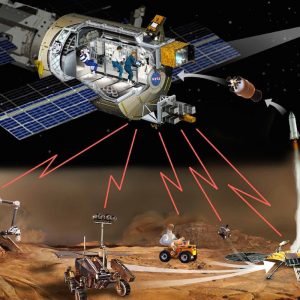 As we start looking towards more comprehensive exploration of the Moon and of Mars, the assumption is that we’re working on sending humans to the surface of those worlds. It’s going to be exponentially more difficult and dangerous than sending robots, but that’s what exploration is all about, right?

There’s an article in the current issue of Science Robotics that discusses an alternative approach—a kind of compromise between sending only humans or only robots. The idea is using robotic telepresence for planetary exploration. From orbit, the authors argue, a small team of humans would remote operate rovers and other robotic systems and as a result they could do more exploration while keeping the overall mission safer and cheaper.