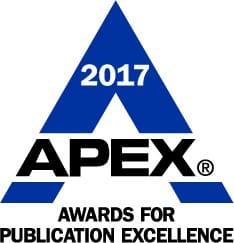 The Apex Publication Excellence Competition is yearly and sponsored by the Editors of Writer’s Web Watch, published by Communications Concepts, Inc. Best Practices in Print, Web & ePublishing. APEX 2017 awards are in two main areas: graphics and writing. But the real goal of the award is to recognize excellence and communication effectiveness.

IEEE publications have received awards in the past but not every year. In 2017 1,361 entries were evaluated from media published in 2016. While Magazines, Journals and Tabloids formed the largest category the entries included newsletters, annual reports, print and electronic media, social media, websites, campaigns, writing, design & illustration as well as one-of-a-kind publications. Categories also included small and large distributions so in total a very wide range of publications were evaluated. Overall for 2017 543 Awards of Excellence were given in 100 categories and 100 Apex Grand Awards were given in 11 major categories. Please join us in congratulating all those involved in these awards. Further information can be found by looking up Announcing the Winners of APEX 2017 (pdf).