‘Technology transcends the boundaries of physical restraints’, we have all heard of this but Dr. Ulrich L. Rohde (Partner, Rhode & Schwarz) and Dr. Ajay K. Poddar (IEEE MTT SIGHT Committee member, Chair of IEEE AP SIGHT, and Chief scientist from Synergy Microwave, New Jersey, USA), who holds Amateur Radio Call sign AC2KG; brought this into fruition when they inaugurated amateur radio station at the AURA HOTEL dedicated for the Blind in Saulgrub on 11 October, 2015.

Mr. Thomas Krause, Managing Director, AURA HOTEL, while addressing the delegation of visually impaired people staying in the hotel and amateur radio enthusiasts who had arrived for the event from near and far, mentioned that the radio booth was one of the most pivotal assets it had to offer to its guests. Ms. Judith Faltl, representing the Bavarian Society for the Blind and Visually Impaired, who herself has an impaired vision by birth, expressed her aspirations to establish delightful connections with the hotel. Ms. Faltl, addressing the audience from the podium, gave out a very strong message, she said that vision should not be the limitation of humans towards providing the contribution and serving to the humanity. I believe she has given a very strong message to the entire human race. 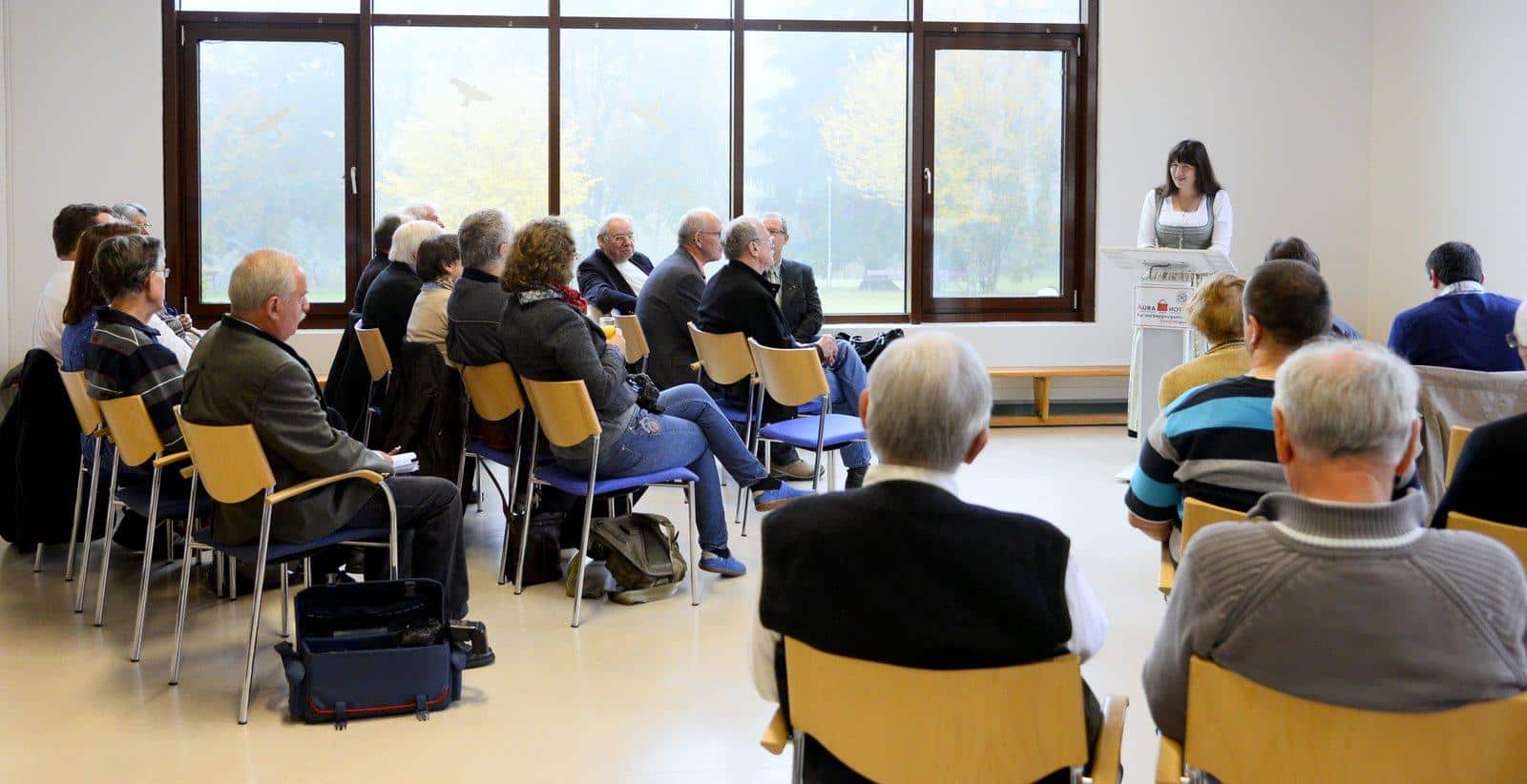 Dr. Poddar had never known that Amateur radio could also give people the reward of blissful friendships until Mr. Christoph Bungert (Blind by birth) elucidated about how many delightful friendships he had made with the aid of amateur radio and the idyllic impact it had on his life. Christoph holds Amateur Radio Call sign DF9WM; he is from the Interest Group for Blind Amateur Radio Enthusiasts in Germany.

In their address Franz Christl (blind by birth, holds HAM Radio Call Sign DL5MGR), and Wolfgang Schludermann (HAM Radio Call Sign DJØWO) recounted the early days of the radio station. They edified about the conditions of radio in the past. It was an incredibly enlightening experience for the audience. Mr. Stefan Unterstrasser (blind by birth, holds HAM Radio Call Sign DK1MSU, Figure 5) emphasized on the importance of HAM radio sessions. He expressed the need to hold such sessions again in the future. Dr. Martin Rothe, Call Sign DF3MC from Amateur Radio station OV CØ3, mentioned how the lines of culture, society and physical background become bleak when one functions in the plethora of Amateur Radio. Mr. Rothe went on to highlight the distinctive characteristics of amateur radio, he said that there are many amateurs who begin with a fascination of radio communication and then combine other personal interests to make pursuit of the hobby extremely rewarding. 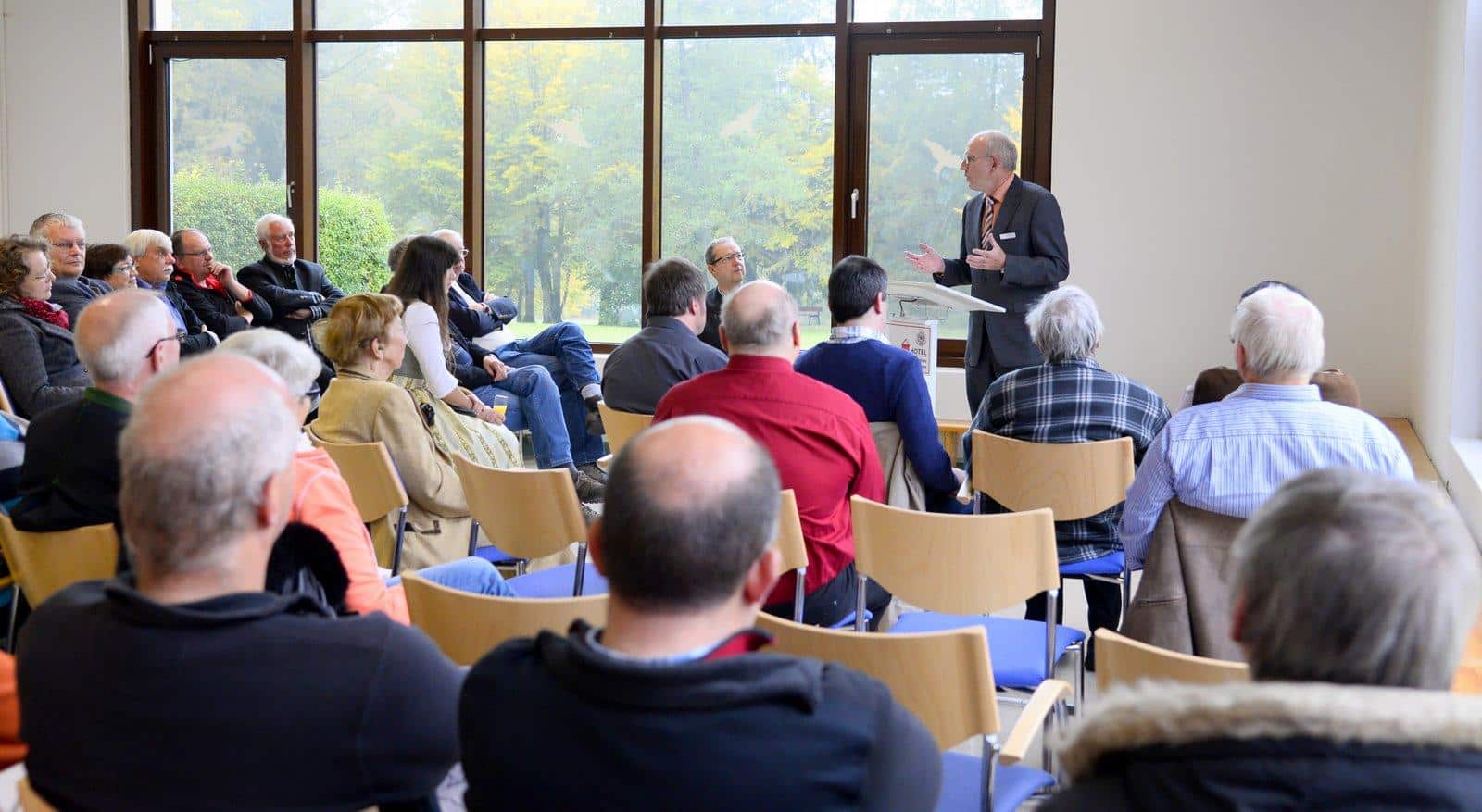 Prof. Dr. Ulrich L. Rohde, DJ2LR brought the extremely successful event to a befitting closure when he highlighted that how the term “amateur” fails to reflect the acumen amateur enthusiasts accurately. The English translation of the Austrian expression “experimental broadcaster” is a much more appropriate description.

The amateur radio enthusiasts then took a closer look at the new equipment and thanked the organizers for holding such path breaking initiatives for the visually impaired. All of them vowed to return with a greater zeal to practice more on these incredible new devices. Dr. Ajay Poddar reported a very successful SIGHT (Special Interest Group of Humanitarian Technology) HAM Radio event, taking forth what Steve Jobs once said “Technology in itself is nothing. What’s important is that you have faith in people, that they are basically smart and if you give them tools they will do wonderful things with them”, he might have said this in the context of an Iphone but these amateur radio enthusiasts were smarter to incorporate the same notion to their plethora, leaving us with many lessons to learn. It is interesting to share that Dr. Poddar has been tirelessly working towards humanitarian projects for greater cause and broader perspective of the society we live in.

Dr. Poddar has gone a step farther with his commitments and he is all set to conduct a HAM radio event in India as part of his SIGHT initiatives across the globe. MTT and AP SIGHT have planned a series of SIGHT events at IMaRC on Dec 10, 2015 in Hyderabad, at CODEC on Dec 16, 2015 in Kolkata, and at AEMC on Dec 19-20, 2015 in Guwahati. Dr. Poddar is playing a pivotal role in codifying these events despite his busy schedule. He is setting an example in the realm of IEEE SIGHT. 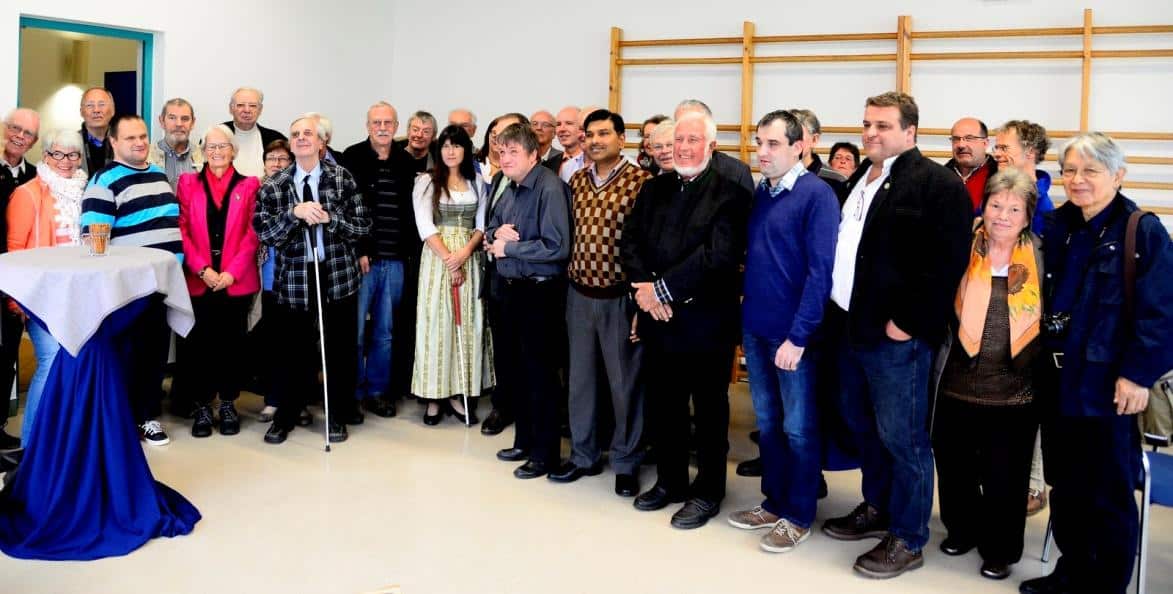