Accelerated Density: “Shape the minds that will create our future!”

An entrepreneur with the intention of uplifting society? Meet Dr. Quenton Bonds, an entrepreneur, educator, NASA engineer and the founder of Accelerated Density. 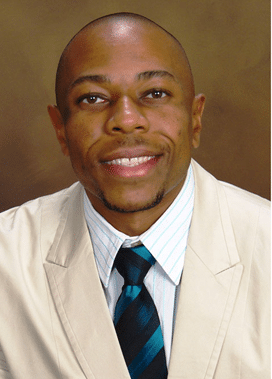 Growing up in a disadvantaged and, at times, dangerous environment, young Quenton developed a maturity that sparked a meaning for his existence. He decided to abstain from the habits prevalent in his neighborhood and to work hard to have a better life. He started a car audio business in junior high school and continued this through college. Nothing deterred the young man from his aim of improving his situation.

Although he worked very hard, Quenton was only an average student in high school. Because of this, getting admitted to college or receiving a scholarship was a challenge. His determination kept him going and he got admitted to Alabama State University with a scholarship, for which he had to prove himself. Over time, he did. Dr. Bonds’ struggle, determination and perseverance is definitely an example for every kid today.

Upon graduating from college he was given an opportunity to teach high school. He chose to teach alternative school and CISCO computer networking as a way of giving back to his community. This was also a pivotal moment in his life. He recognized that the U.S. public education system needed modification to meet the needs of students from at-risk, hostile or disadvantaged backgrounds. Although he was passionate about education, he felt like his hands were tied by the rules and protocols of the public school system. He also recognized that there was a disconnect between the streets and the classroom, in particular for students from low-income environments. At this point, his life’s goal of affluence was transformed to a wish to change the world. It is from this impulse that Accelerated Destiny was born.

With this Vision of doing good for the underprivileged society, Dr. Bonds took up projects all over the world recruiting students to be in his school wherein the core concept was to use hands on projects to keep students motivated in learning the basics concepts of Science, Computer-Technology, Engineering, and Mathematics (STEM) as early as kindergarten. They would work on real-life engineering problems, while being taught STEM from a business perspective. The idea is for these students to have a tangible skillset to be marketable, whether they choose to go the college, enter the workforce, or become an entrepreneur after graduating from Accelerated Destiny.

Dr. Bonds went on to complete his Master’s degree in Wireless and Microwave Information Systems (WAMI) and eventually a PhD from The University of South Florida in the Electrical Engineering department. But he soon realized to give back best to the society it was important for him to be the best! And this would only be possible if he had good experience. He therefore decided to peruse a career as a NASA Research Engineer. 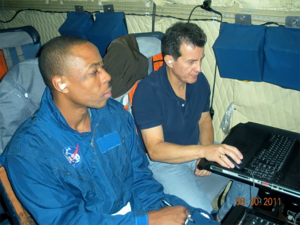 Although Dr. Bonds enjoys being a NASA research engineer, his current desire is to take all the experiences, knowledge and skills that God has poured into him, and deposit them back into the students and technology developments of Accelerated Destiny, as he believes his greatest goal is to make a broader impact on society through Accelerated Destiny, by planting these K-12 technology centers all over the world to develop new technologies and “Shape the minds that will create our future”.