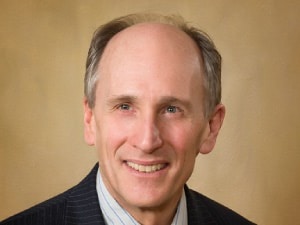 Dear Colleagues,
The last time I wrote to you as Budget Chair of the Society. This is the traditional role that the President Elect takes during his or her term. Responsibilities include not only managing the current budget, but planning the budget for the next year when the President Elect becomes President of the Society.
However, working on the budget was only part of what I did as President Elect. I found that our President, Ke Wu, and I shared similar visions for the Society. This common ground led to a close relationship in which I often found myself working to support Ke’s goals, something that I found to be extremely rewarding.

Would you like to get more involved in the Society?
If so, send me an e-mail at dylan@ieee.org with a short description of your interests,
and I will get back to about possibilities!

The trait that I admire most in Ke was his commitment to inclusiveness. In the context of the Administrative Committee, which is responsible for running most of the administrative aspects of our Society, Ke was always careful to seek advice from all corners, and include everyone in the discussions that ensued. In our conferences and publications, Ke always emphasized making them more welcoming and attractive to engineers all over the world. In our relationships with other IEEE societies, Ke worked to solidify our two new inter-society journals, the IEEE Journal of Multiscale and Multiphysics Computational Techniques and the IEEE Journal of Electromagnetics, RF and Microwaves in Medicine and Biology, and to strengthen our relationships with our partner societies in these two journals. But perhaps most significantly, he has also stepped outside of the IEEE and worked tirelessly to forge new relationships with microwave engineering groups around the world.

It is my intention during my term as President of the Society to reinforce and build on the foundations that Ke worked on so hard during his term. I hope to further increase inclusiveness and transparency within our Administrative Committee with the introduction of periodic electronic meetings between Committee Chairs and Members, encouraging our Past Presidents to participate even more actively than they currently do (and they are already a very active and committed bunch!). I also hope to broaden the AdCom committees’ leadership to include newer members by asking Committee Chairs to each select at least one of their co-Chairs from our Administrative Committee’s first-term members.

With respect to publications, I also plan to encourage our editors to become more engaged with authors, and to welcome and encourage under-represented areas of microwave engineering in our publications. Ke and I started on one of these initiatives during his term, carving out a better forum for microwave systems in our Society and our publications. You will be hearing more about this as the year progresses.

I also plan to work with our Conference Committee and Conference Chairs to place more emphasis on developing exhibitor relationships and practical exhibitor-driven and society-driven workshop and other educational efforts many of our members feel is so important. I hope that this will become particularly apparent in Hawaii in the 2017 International Microwave Symposium.

As we launch our two new joint journals, I hope to further strengthen the bonds between our partnering sister societies in the IEEE. And as I am writing this from my hotel room in London, I am preparing not only to attend the 2016 European Microwave Week, but to meet with my counterparts in the European Microwave Association to discuss relations between our Societies. In two weeks’ time, I will go to China for my first visit to that vast nation. This will offer a unique opportunity to meet with Ke and our colleagues in the Chinese Microwave Society to discuss the establishment of joint conferences and other activities in China.

But perhaps most significantly for many of you, we have increased the 2016 budget for our Distinguished Microwave Lecturer Program by $60,000 for 2017. While there can never be enough in our Distinguished Microwave Lecturer Program, this will lead to better support in 2017 for our chapters and provide more opportunities for our members to interact and socialize while learning from each other.

I am very much looking forward to my term, and what it brings. It promises to be a very busy year indeed!